Well, it’s happening. The Kia Stonic, Kia’s new subcompact crossover, is quickly heading towards showrooms. Earlier this week, Kia teased the look of their new subcompact crossover, but there’s one thing that oddly stands out to us … Does anyone see the similarities between the Kia Stonic and the Mitsubishi eX concept? We’ll focus on Kia for this round, but there may be some explaining to do if things heat up.

We already covered the 2018 Kia Stonic a few months ago, back when there was very little information to go off of, and all we had were early concept mock-ups and spy shots. So here’s a refresh - the 2018 Kia Stonic will be a subcompact crossover, it will share some specs and style of the new Kia Rio hatchback, has tail light graphics unique to itself, and may debut at the 2017 Frankfurt Auto Show in September. That’s something to look forward to.

Now, Kia released a new concept sketch (seen above), and it definitely looks like they’re gunning for the younger crowd. It’s sleek, it has the right curves and lines for aerodynamics, will include a European-inspired design for the cabin, and Kia states that this model will be the most customizable in their lineup. What that means is more options from the exterior to the interior, ranging from body paint colors and LED lights to UVO eServices upgrades and bits of luxury and comfort. Sounds pretty basic, but usually a car model has options available or not - so if what Kia states comes to fruition, the options may be endless.

Just look at this concept of the interior.

It definitely doesn’t look like your normal auto cockpit. Definitely a futuristic feel to it. In terms of mechanics, from what our friends in Australia have said, the engine may be small, somewhere around 1.0-liter. We’re still waiting on news about possible turbocharged gas and diesel engines, but the new Kia Rio hatchback has a 1.6-liter I4 powering the lineup, so it’s not surprising that the Kia Stonic may get something similar.

Now for the real question … does anyone else see the similarities between this concept and the Mitsubishi ex? It’s not just us, right? 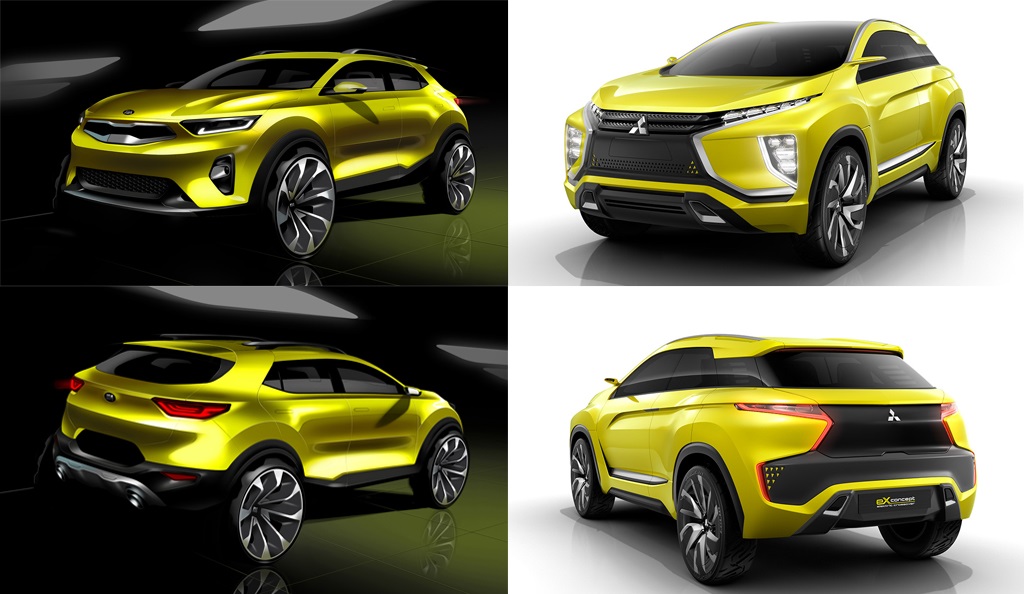