How to Cross Shop Vehicles Online

How to Cross Shop Vehicles Online

Car shopping can be a tedious and stressful endeavor, and no one ever wants to feel like they're second-guessing their purchase. That's why the art of "cross-shopping" has become prevalent in today's market. What is this strategy? Well, you'll have to keep on reading to find out.

Before you decide to do some online car buying, read how you can minimize the cost of your future purchase… The process of cross shopping has been around for some time, but it's been made considerably easier as the internet has become a more prevalent tool.

While potential customers had to previously visit dealerships to gather all the facts regarding a particular car, they now have the ability to do that from their couch. The process is still rather time-consuming, but it's at least made a tad more tolerable with the internet.

Another advantage nowadays is the number of dealerships that are popping up around the country. This gives you many more options to whittle down your final price. This also means that you're presented with many more options, so you don't have to limit yourself to just one model or nameplate.

So what is cross shopping? It's essentially a strategy to pit multiple dealers against each other, with the hope that one of the sellers will eventually come down to your asking price. The process starts when you receive your first quote for a particular vehicle, which you'll then use as a negotiating tactic for a rival dealership.

While this second quote may be worse than the first, you can use the price from the previous dealership to hopefully get a more advantageous deal. Dealers won't always budge from their initial asking price, but they may be willing to throw in some extra amenities or features.

After all, many of these salesmen are working on a commission, and they'll usually be willing to bend over backward to sell you their vehicle. When you are negotiating, you'll want to refer to the total price tag of the price, not the monthly payments. Furthermore, you'll want to stay focused on that single figure.

Many dealerships may try to discuss warranties or a method of payment, but all this does is convolute the discussion. Once you've come across a deal that you're satisfied with, you'll want to get this quote formally writer down.

You can then present this price to a rival dealer, proving that you're in fact being legitimate. This also gives you a bit of protection, as it's not unfounded for a salesmen to go back on their word.

Of course, you still want to be subtle about how you go about the process. Many dealers have friendly relationships, and they'll contact each other to see if the counter offer (or the offer you got from another dealership) is genuine. Also, because these salesmen have these previous relationships, they may be less willing to give you a deal. It’s best to be vague, and you can prove that you're serious by just walking away.

Now, cross shopping online essentially follows the same logic and strategy, but there's less interaction. For starters, you'll want to make a list of all your priorities.

Determine what kind of vehicle you're seeking, and maybe narrow that down to a specific brand or model. After that, you can start making note of the various specs and performance figures for your targeted vehicles, noting the numbers that are most important to you. Reading multiple reviews should give you an unbiased understanding of a vehicle's capabilities, and you'll be able to consider all of this information when it's time to make a purchase.

This is particularly important advice, even if you're not cross shopping.

It's never a good idea to shop for a vehicle blindly. At least have some sense of what you're looking for. Finally, see if there are any particular features you'd like to include in your vehicle. When this has been determined, you'll have a better idea of how much these luxuries will set you back.

Perhaps the most important factor to figure out prior to your car shopping experience is how much your targeted vehicle costs. This should jive with your budget, which we hope you've had in mind all along. The manufacturer's suggested retail price (known as the MSRP) is a good reference point, and you'll want to assure that your quote doesn't exceed this figure. You can also visit a variety of online forums to see what other car buyers paid for their vehicles.

After you've determined a reasonable price, the vehicle you want, and the accompanying features, it's time to cross shop!

You won't actually be able to make your purchase via this method (considering there aren't many websites from which you can purchase vehicles), but you can still compare and contrast the price, features, and specs of different makes and models. Michelle Morris, Google's automotive industry director, told Steve Finlay of WardsAuto.com that users spend about 27% of the time researching the vehicle they inevitably purchase. The other 73% of the time? Well, that's devoted to researching competing vehicles.

“Seventy-three percent of consumers’ in-market research was spent cross-shopping,” Morris said at a J.D. Power and Associates conference. “Sixty-three percent start out with an initial consideration, but they don’t always stick to it.

Younger car buyers don't have much brand loyalty, meaning they're willing to spend more time to find the perfect vehicle (while those who are brand loyal may just settle for a particular model). Rick Wainschel, the vice president of automotive insight at AutoTrader.com, told Finlay that "Millennials [are] less committed to a brand. They are more open to other considerations."

Considering the number of options on today's market, we can't really blame them. Wainschel also notes that most Internet shoppers enter their car search with one or two vehicles in mind, and this list often grows as their research continues.

This isn't limited to just new or used cars; these potential buyers explore both types of vehicles. “Seventy-six percent of people who bought a new car looked at a used car along the way,” Wainschel said. “There is much back-and-forth. The Internet has created a virtual car lot.”

Social media has also played a big roll in cross-shopping, as potential buyers are often influenced by what their friends and family have to say. 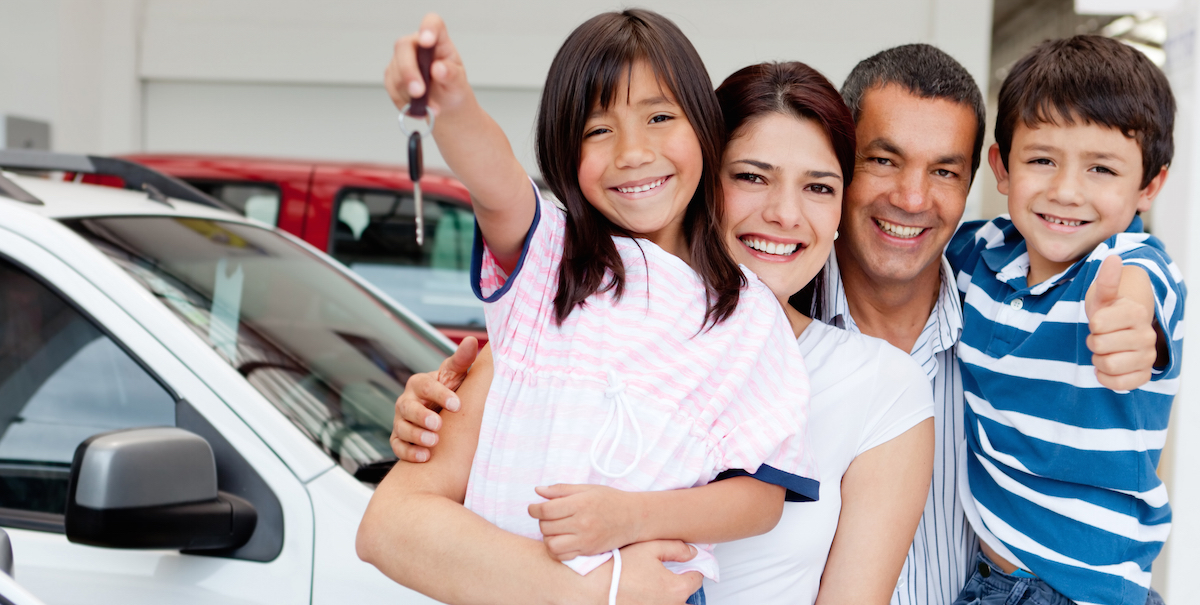 Doug Frisbie, Facebook's global head of automotive, says consumers' list of potential vehicles often grows based on what they see on these types of websites.

He shared an anecdote about a friend who was set on buying a Honda Civic hybrid but changed his mind once his Facebook friends got in his head (he ultimately opted for a Toyota Prius).

“That happens on Facebook millions of times a year,” Frisbie said. “People are using digital platforms in ways that are different than how they used to shop.” This logic has led some car brands to explore the psychology behind such a move. BMW has used "behavioral-targeting methodology" to determine why online shoppers will initially target a particular brand but then change their mind suddenly.

These brands are also watching social media see what has been said about their vehicles.

"We’re tapping into VOC (voice of the customer),” Nissan's North American senior manager of social media and marketing Chad Jacoby told Finlay. “Until recently, that revolved around research methods. Now we get insightful information (on social media) from customers and fans.” Relatively easy, right? The process may be time-consuming, but it could potentially save you thousands of dollars (or earn you thousands of dollars worth of features).

If you want to build and price your ideal vehicle, visit NowCar.com. The helpful website will assist you during the stressful car shopping process.