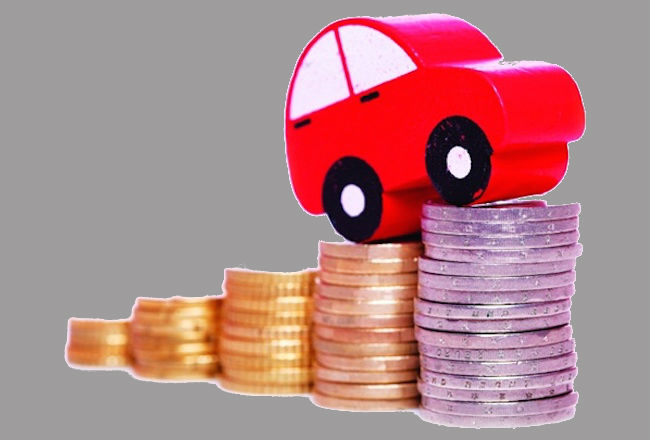 Which Cars Lose the Most Value in 5 Years?

Which Cars Lose the Most Value in 5 Years?

Reselling a years-old vehicle is a strategy used by many car owners as they look to replace their car with a newer model. If this is an option you've considered, you may want to do some research into your targeted vehicle's depreciation value, or it's loss in value. This could ultimately save you some money when it's time to purchase that brand new car.

There are generally several things you should keep in mind in regards to depreciation rates. While the exact figures depend on the specific car and its accompanying condition, it's generally accepted the a car loses about 15-percent of its value the moment it's driven off a lot. From there, the value will continue to decline every year, but once the vehicle reaches five years on the road, the depreciation slows down significantly.

Multiple research firms have said high-demand vehicles tend to have a higher resale value (via Donna Fuscaldo of Bankrate.com , including sports cars, compact cars, and baseline models of a large lineup. On the flip side, large vehicles, midsize cars and minivans seem to lose a higher percentage of their value.

We've compiled some of the newer models that lose the most value over five years. We're not saying you should necessarily avoid these vehicles, but when you decide to start buying a car online, it's certainly worth your while to be wary... 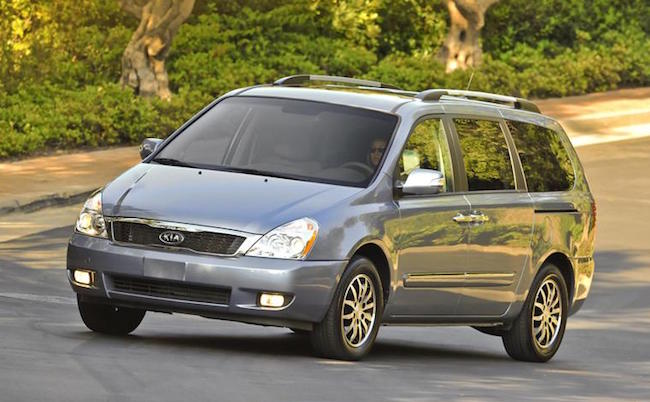 The Sedona is appealing for a variety of reasons, but the price tag is certainly a huge factor. The $24,900 MSRP certainly looks appealing, especially when you consider all the features and capabilities of the nameplate. However, based on the nearly $17,730 depreciation over five years, the vehicle ultimately carries a complete cost of ownership of $41,727. The 2012 model is certainly prone to this devaluation, especially since it was the last holdout of the previous generation of Sedonas.

Still, the depreciation rate of the vehicle fails to recognize the capabilities of the minivan. Featuring a 3.5-liter V6 engine, the unit could pump out 271 horsepower and 248 ft-lbs of torque while also delivering an impressive (for a van) 18 city/25 highway mile per gallon fuel efficiency. 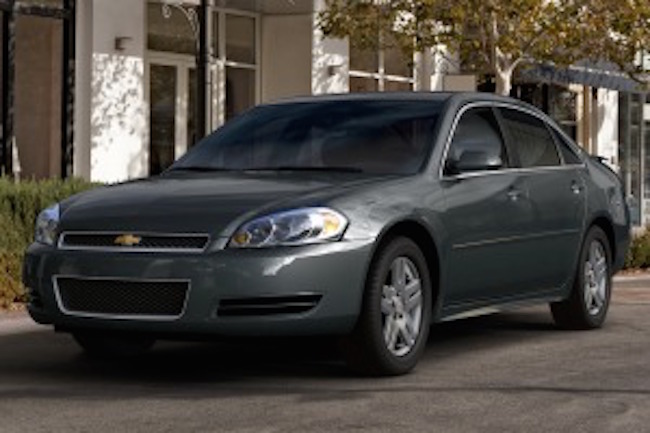 The Impala contradicts the previously mentioned sentiment that sporty luxury vehicles typically do a better job of retaining their value. While some rival vehicles don't endure the same drop in value, the Impala LT has a five-year depreciation value of $18,983, resulting in a $41,327 cost of ownership.

There are several reasons why the 2013 Impala has this accompanying stigma. Eric Luman, the vice president of California-based automotive research firm ALG, told Fuscaldo that the 2013 model suffers "long-in-the tooth-design." Furthermore, the vehicle doesn't only have to compete with the upgraded and highly-regarded 2014 Impala, but it also has to go again the booming daily rental-vehicle market. 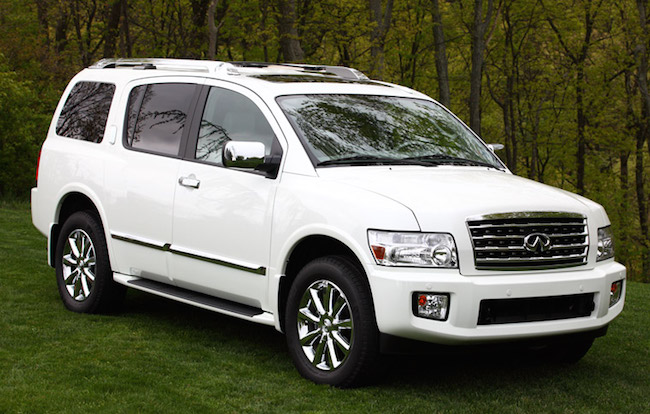 The full-size luxury SUV is one of the most expensive vehicles in its class, making the nearly $20,000 depreciation value even that much harder to swallow. The 2010 model wasn't regarded particularly highly, as J.D. Power gave it poor reviews for quality and overall performance. This resulted in a complete redesign for the 2011 model, and customers certainly recognized that they should probably be avoiding the 2010 version on the new or used market.

The SUV was quite roomy, capable of fitting seven passengers (who could take advantage of the impressive 41.9-inches of rear legroom. Meanwhile, the driver can appreciate the 5.6-liter V8 engine, which could deliver impressive performance specs (393 ft-lbs of torque, 320 horsepower) but underwhelming fuel efficiency (12 city/18 highway miles per gallon). 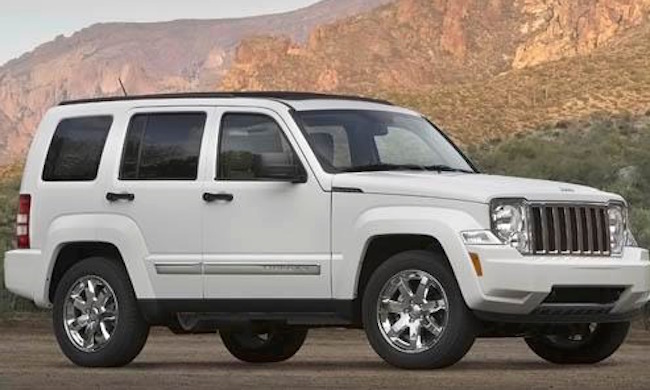 As Fuscaldo explains, the depreciation of this 2012 Jeep could be attributed to the vehicle's questionable handling and performance. Furthermore, while consumers are seeking SUVs that contain "car-like" features, Lyman believes the Liberty's design ended up being too "boxy and utilitarian."

The $23,395 MSRP is attractive, especially considering the brand. However, consumers should probably be scared away by the $15,239 five-year depreciation rate, resulting in a cost of ownership value of $41,859. This value could drop even more as consumers look to replace their 2014 models, a vehicle that consumers have absolutely embraced and should flourish on the used car market.

The vehicle's specs makes the Liberty Limited an adequate choice for off-roading. The 3.7-liter V6 engine can pump out 235 ft-lbs of torque and 210 horsepower, and the vehicle also delivers an above-average gross weight (5600 pounds) and payload (1150 pounds). 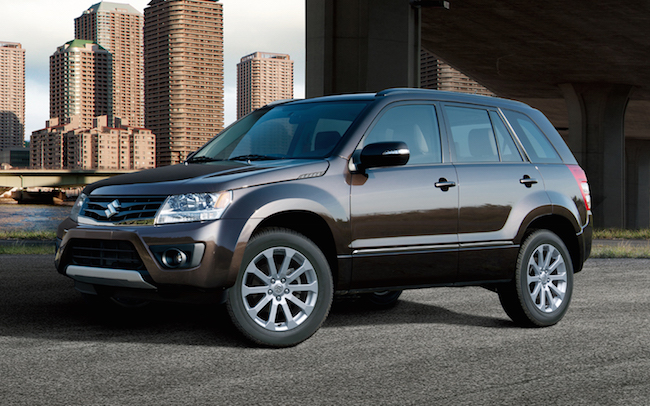 Fuscaldo writes that the depreciation rate could be outweighed by the Suzuki's affordable MSRP of $22,349. However, these passengers will still be disappointed with their SUV's eventual drop in value, as the five-year depreciation rate is around $14,379. This results in a $39,864 cost of ownership over those five years.

Things aren't looking much better for the vehicle or the brand, as Lyman explains.

"With Suzuki exiting the U.S. marketplace, residual values will continue the downward trend that the brand has been experiencing over the past few years," he told BankRate.com.

The vehicle wasn't necessarily embraced by pundits following its 2013 release. Kelley Blue Book commended the Suzuki for being a small and affordable rear-wheel drive SUV, but it was rather critical of the lack of power, fuel economy, and sophistication. 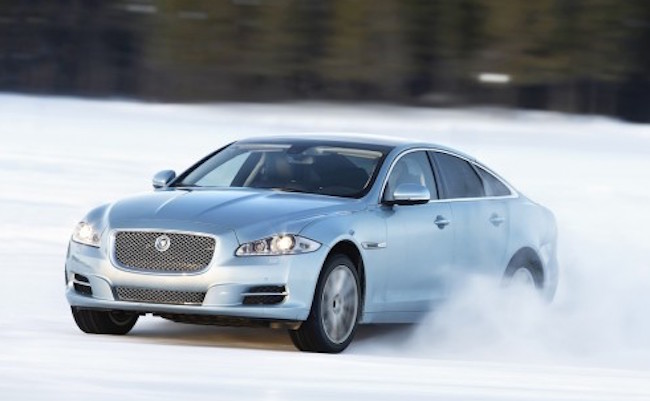 If you can afford a Jaguar, there's a good chance that you won't be looking to resell the luxury vehicle. However, if you are, you should probably be wary of the 2013 XJ. If the $76,700 price tag doesn't scare you away, perhaps the $52,014 depreciation rate and incredible $92,175 cost of ownership will do the job.

The devaluation may not necessarily be deserved, as Lyman explained to Fuscaldo.

"Despite improvements and industry recognition for their new products, Jaguar still suffers from a historical perception of negative quality that impacts (the car's) resale value in the used market," Lyman says.

Meanwhile, the similar 2013 Porsche Panamera loses only $41,988 of value of five years, and that has to do with the brand's public perception.

"Porsche has a reputation for engineering excellence in both vehicle performance, product fit and finish that leads to a strong perception of quality that results in a premium in the used market," Lyman explained.

This exotic luxury vehicle originally cost an arm and a leg to purchase: $105,000. Owners were probably close to fainting when they looked to resell the car in 2010, only to learn the value had dropped nearly $70,000! This isn't unique to the 2005 model, as Raphael Orlove of Jalopnik.com writes that 2012 models lost nearly $35,000 in only one year!

The bright side? Potential buyers might as well avoid the hefty price tag that accompanies a brand new Quattroporte. Since they can save a considerable chunk of changing by option for a model that's only one-year-old, consumers can capitalize on this depreciation rate for their personal, financial benefit.


As we previously mentioned, these vehicles shouldn't necessarily be avoided, especially if you're not so keen on getting some money back on your car. However, if you've prioritized depreciation rate as a main attribute, you should certainly be aware of the vehicles mentioned above.