Several automotive media companies have been wrapping up their lists and awards for picking the best of the best in the automotive market. U.S. News & World Report have already named the 2018 Chrysler Pacifica, listed for “Most High-Tech Features for the Money,” along with the 2018 Jeep Renegade and 2019 Ram 1500 and their technology. The Dodge Durango R/T and Jeep Wrangler JL were listed as the “Fastest SUV for the Money,” by U.S. News & Report as well; the Dodge Charger R/T was also named on a different list, the U.S. News & World Report Best Cars list. Then there’s also organizations like WardsAuto that has been putting its own lists together - most recently, claiming the 2019 Ram 1500 has the best interior in its class. Now, we’re going to talk about what WardsAuto thinks of the Chevrolet Equinox’s interior.

“Does this interior sell the vehicle?”

That’s the question the writers and editors at WardsAuto ask themselves when evaluating candidates for Wards 10 Best Interiors.

“One of the best design-wise in this segment,” - editor Dave Zoia

If we had to pick one sentence to describe what WardsAuto thought of the 2018 Chevrolet Equinox interior, Zoia’s quote would be it. For years, the Equinox has been one of America’s most popular crossover vehicles. It’s roomy, it has modern technology and safety, and has a starting MSRP of $23,580* (but you can find it cheaper at NowCar). 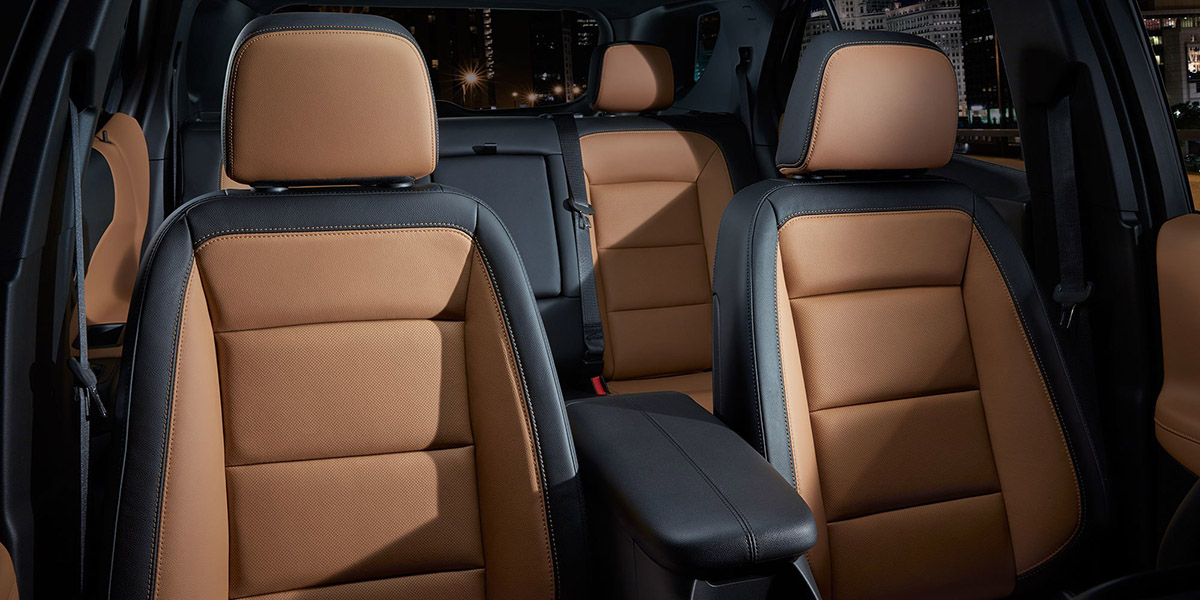 Recently, the Chevrolet Equinox received a bit of a refresh for the exterior, designed with smooth curves for a look and feel that doesn’t scream “I’m an SUV.” It would seem for the 2018 model year, Chevy brought the same thinking into the design of the interior, because it too has been redesigned to be more than just your average crossover. Made with its share of black vinyl and plastic, this mundane general scheme used by many competitors is offset nicely by a butterscotch-brown instrument-panel, seat, door, and head-restraint inserts. A bit of chrome surrounds on the vents, cup holders, and gear shift knob.

Of course, the more high-end trims do come with their own favorable amenities. Just to push the envelope further, Chevrolet gave the Equinox an edge over the competition in 2018 by adding upscale features not expected in a crossover, especially in its price range. Along with heated and ventilated seats in the front and second row, the Chevy Equinox also offers a leather-wrapped, heated steering wheel.

All 2018 Chevrolet Equinox trims come with a Chevrolet MyLink audio system, including Bluetooth audio streaming, voice-activated technology, and Apple CarPlay and Android Auto capability. The standard is a 7-inch touchscreen, but going up into the lineup, consumers can get an 8-inch touchscreen paired to Chevy MyLink, which may also feature navigation. A near-comprehensive suite of driver-assistance technology compliments all of the possible entertainment features as well. Known as advanced and automatic safety features, this suite of driver-assistance technology includes low-speed forward auto braking, standard blindspot and rear cross-traffic alerts with optional lane-keep assist, forward-collision alert, low-speed forward automatic braking, surround vision, and haptic driver’s-seat alert.

For those interested in seating arrangements and cargo, the rear seats fold down flat, able to reduce the seating capacity from five-to-two with ease. This is also a split-folding row, so if just needing some extra room for longer items, consumers only need to fold down half of the bench seat. If completely folded, then the 2018 Chevrolet Equinox receives a generous 63.5 cubic-feet of cargo space behind the first row.

The 2018 Chevrolet Equinox is pretty great, and WardsAuto should know. WardsAuto is an organization that covers the latest news, data, and analysis for today’s auto industry. When it comes to their “10 Best Interiors” list, 40 car interiors are nominated for analysis. Out of those 40, along with the new 2019 Ram 1500, the 2018 Chevy Equinox was also nominated for having one of the best interiors in 2018. We can’t offer a test drive, but visit your local dealer for a ride around the block, and then give us a call for the best price, guaranteed.