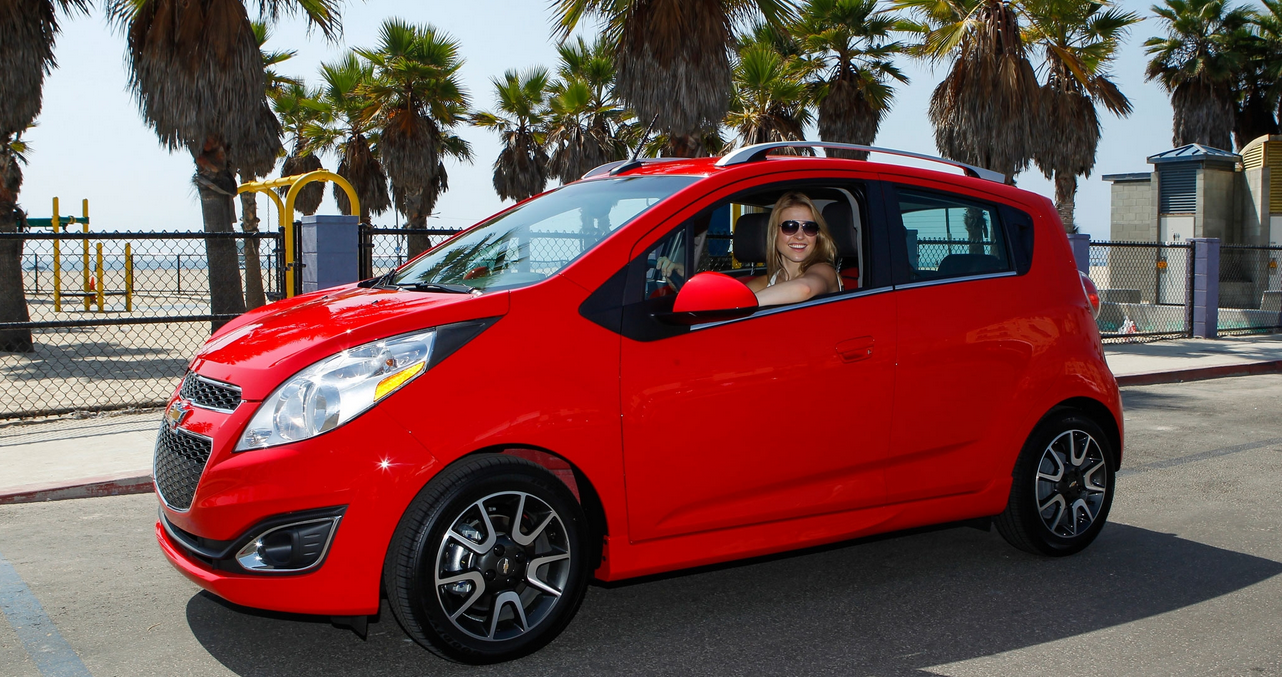 Plus, to remain competitive in the market, car companies are offering more for less these days. And you can get incredible deals on brand new cars.

Here are the five most affordable models being offered for 2015. Which one would you like to have parked in your driveway?

According to HIS Automotive, "Versa is America's overall best selling entry vehicle for the past five years." And that's no surprise. Versa models are comfortable, practical, and fun to drive.

Starting at an amazingly low $11,990, the Versa S Sedan is no exception. Though its small appearance might fool you initially, you'll find the cabin to be quite roomy, and there's also a large trunk with 14.9 cubic feet of space for cargo.

The Versa sedan's refined engine with variable valve timing optimizes power and enhances fuel economy so drivers can get up to 36 miles per gallon on the highway.

Another beneficial feature is electric power steering that adjusts itself based on your speed. It gives you added agility when you are at low speeds and tightens up when you're traveling faster.

The Nissan Versa S Sedan also has a LATCH (Lower Anchors and Tethers for CHildren) system. It makes it safer and more convenient to transport children in the rear seats.

Overall, this sedan offers a lot of functionality and a smooth ride for a really impressive price.

The Spark LS brings some pizzazz to the stage with available flashy finishes and stylish touches like 15-inch split spoke aluminum wheels. It also has a rear spoiler with a high-mounted LED brake light.

But fashion doesn't overshadow the big picture. The Spark also offers plenty of common sense so you can have the best of both worlds.

This unique 2-door also has a rear hatch to making loading cargo a breeze. And with up to 31.2 cubic feet of space, you can fit just about anything from your routine errands inside.

But having all of that room doesn't mean it will cost you when it comes to fuel efficiency. The Spark is cleverly laid out to maximize interior space without needing a very large body. And drivers can get up to 39 miles per gallon on the highway.

Plus this little gem is pretty tech savvy. When you purchase the Spark, you get complimentary OnStar with Automatic Crash Response for six months.

You can also add on the available 7-inch MyLink screen and 4G LTE WiFi. There are lots of possibilities. And starting at $12,170, the Spark LS is quite a steal.

How can you get a car with the best fuel economy around for less than $13,000? You can go for the Mitsubishi Mirage DE and revel in getting 44 miles per gallon. It may not be the prettiest car, but the price makes it one of the best value buys of 2015.

The Mirage is the most fuel-efficient non-hybrid gas vehicle available in the U.S. It was also the Automotive Science Group's 2014 pick for Best All-Around Performance Winner.

Its CVT transmission not only maximizes fuel conservation, but it also offers extremely smooth shifting so your commute feels totally relaxed.

And there are a lot of fantastic features that will also make your ride feel satisfying. Mitsubishi's FAST-Key entry system and start/stop button mean you don't even have to pull your car keys out of your pocket.

Inside, automatic climate control, a leather-wrapped steering wheel and shift knob, a USB port, and Bluetooth capabilities all add to the user-friendly atmosphere.

You'll find that getting behind the wheel of this sedan is money well spent. The Fiesta is among the higher horsepower options on the list, giving you 120 ponies for quick acceleration.

But you'll still see plenty of efficiency, with an EPA rating of 36 mpg on the highway. Another nice perk that enhances this car's appeal is Ford's Electric Power-Assisted Steering.

It adapts to driving conditions and helps to keep the car from pulling in one direction or the other if you're dealing with bumpy roads.

Power mirrors with built-in blind spot mirrors are another safety feature. They're super handy when reversing or trying to park.

And the Fiesta S Sedan also includes features for fun and entertainment. It comes with a standard stereo with MP3 capabilities.

Plus SYNC with AppLink connects your car and your device so you can be hand-free and still have access to your favorite apps.

With a price sticker of only $13,965, the Ford Fiesta is definitely a car that should be at the top of your list.

This sedan has it all ladies and gentlemen. It tops the list in terms of performance with 137 horsepower. And not only does it deliver a lively ride, but due to its advanced design, it also gets 38 miles per gallon.

The Accent GLS' abilities are matched with a stylish look and a slew of features. SiriusXM, a stereo with MP3 capabilities, and USB and auxiliary jacks all come standard.

In addition, remote keyless entry and a LATCH system make it easy to get the whole family settled into the car without having to jump through hoops.

Another great feature for families is the Accent's Occupant Classification System which prevents the front passenger airbags from deploying if it detects that there is a child in the seat.

With top-notch tech like that built-in, it's no wonder that the 2014 Accent was named the Highest Ranked Small Car in Initial Quality by J.D. Power. But don't worry, you can get your hands on this sedan starting at just $14,745.