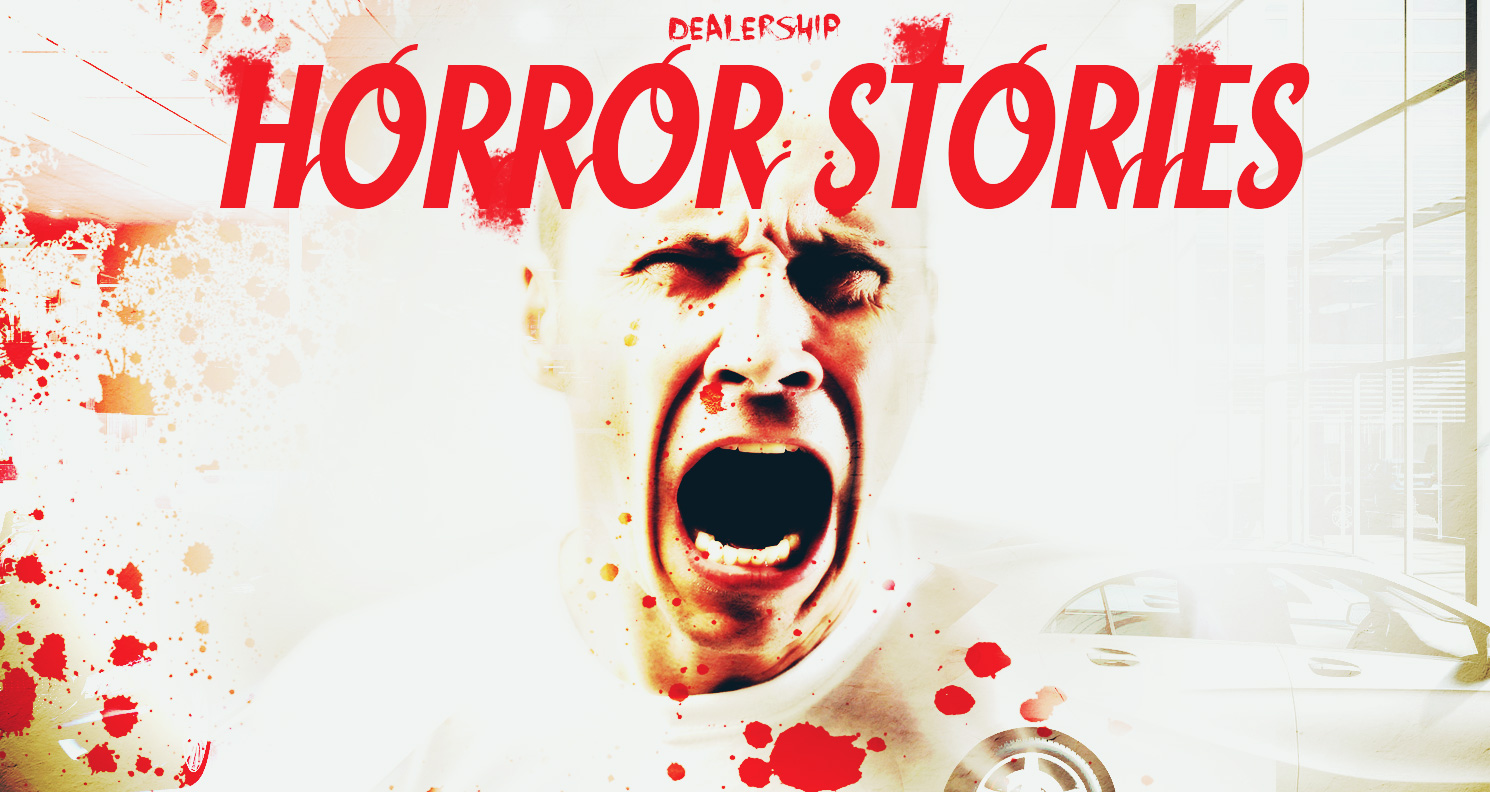 We understand the inconveniences of a traditional dealership. The car-buying process can take days, you're unsure whether you should even trust your salesman, and you find yourself feeling anxious and impulsive. Still, we haven't seen a boatload of consumers embrace internet car buying, which would eliminate all of these negative factors.

Are you one of the many who hasn't yet avoided dealerships in favor of the internet. Perhaps several dealership horror stories will convince you that you should be embracing these online marketplaces. When you're finished reading our tales below (which we've compiled from several different resources), you'll be convinced that car buying online is the way to go...

We're certainly not saying that all salespeople are imcompetent. In fact, many of them know their fair share about automobiles. However, you'll certainly come across a handful who are just oblivious (via Tom McParland of Jalopnik.com): 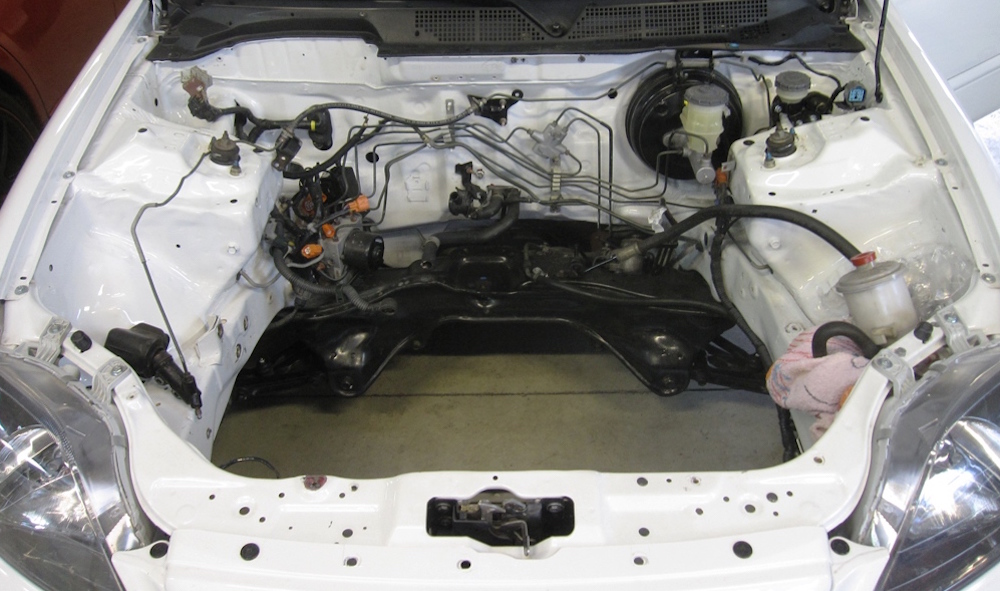 "Back in the mid 90s I was shopping around for a “new” used car and came across a pretty good looking MR2. (looked good on the outside, the interior was a bit of a mess) The dealer came out and we shook hands and went through the pleasantries and I decided to give it a test drive. The dealer got the keys, came back, sat in the car and tried to start it. Nothing. He looked confused and tried again. Still nothing.

And now I kid you not, he turned to me and said, “Sorry, with so many cars here it is difficult to remember how to start them all.” I responded with an amused, “Well, I imagine so.” He tried a few more times and still nothing. Finally I suggested we take a look at the engine and maybe something was just disconnected. He popped the hood, we walked around to the front of the MR2, he lifted the hood, and we stared into an empty space. “Well there is the problem,” I said, “someone stole the engine.” His eyes widened and he said he needed to go inform the manager. I used his absence to walk away."

You'll also come across some financing departments that may be looking to take advantage of your need for credit (via Reddit.com):

"Traded in my 04 Monte Carlo for an '06 Dodge Ram 1500 slt. Didnt realize I wasnt actually approved for financing (even after them telling me I had been approved but they were just waiting on bank). 15 days go by, they tell me congrats Im approved at 18% ... from the 10% I was told when I was last at the dealership. I went in to sign the paperwork with the stupidly high interest rate ..when they tell me that deal fell through and they are working religiously to get me approved. They also informed me that they would be charging me 65$ a day for vehicle rental if I wasnt approved. Then they drop the bomb * they sold my Monte Carlo * .. so .. I was basically at the mercy of the banks and dealership. They hit me with 800 bucks in rental fee's until I was finally approved at 20%. I filed a law suit against this dealership and they waved the rental fee's shortly after."

Some dealerships are trustworthy... others not so much. We'd always suggest taking a potential purchase to a trust mechanic of your choice, unlike the car buyer in our next story (via Jason Parks of SafeAuto.com): 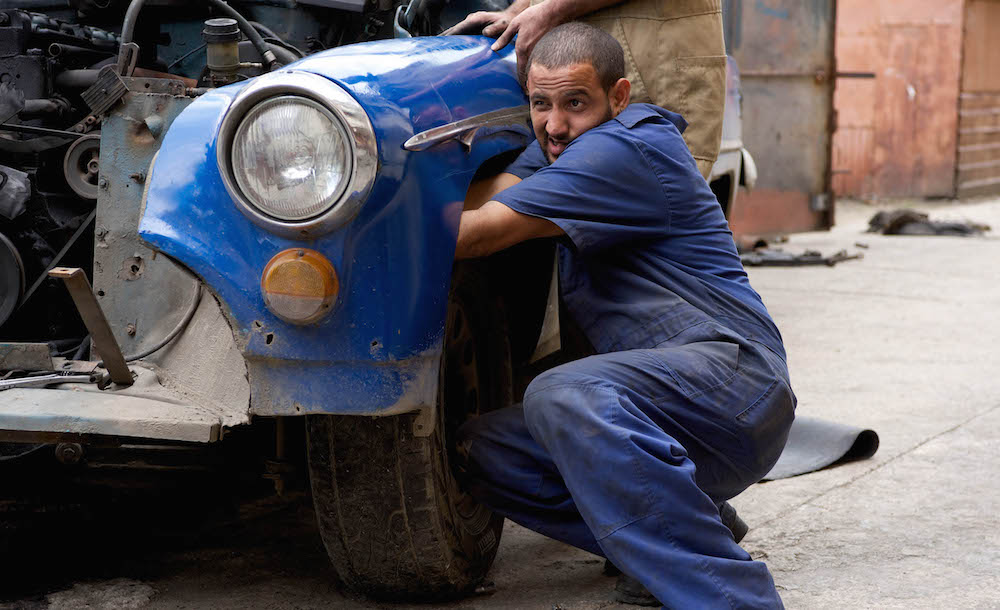 “I bought my car back in April from a used car dealership in southern New Hampshire. Everything seemed great, because he said the car was in MINT condition … and to prove it, he would pay for the inspections. However, he insisted we get the car inspected at a garage of his choice. I’m thinking, okay, at least I don’t have to pay for inspection. So the garage passes my inspection, and I start driving home in my first car ever. I’m excited, but then I realize that my car isn’t accelerating. I shrug it off in hopes that the problem will go away.

“Finally, four months later, I get sick of the problem which seems to be getting worse, and take it to a different garage that I know and trust. They hook it up to the diagnostics computer and tell me I need a new transmission and engine.”

Finally, take this dealerships and salesman who attempted to pull a fast one over a potential customers (via McParland): 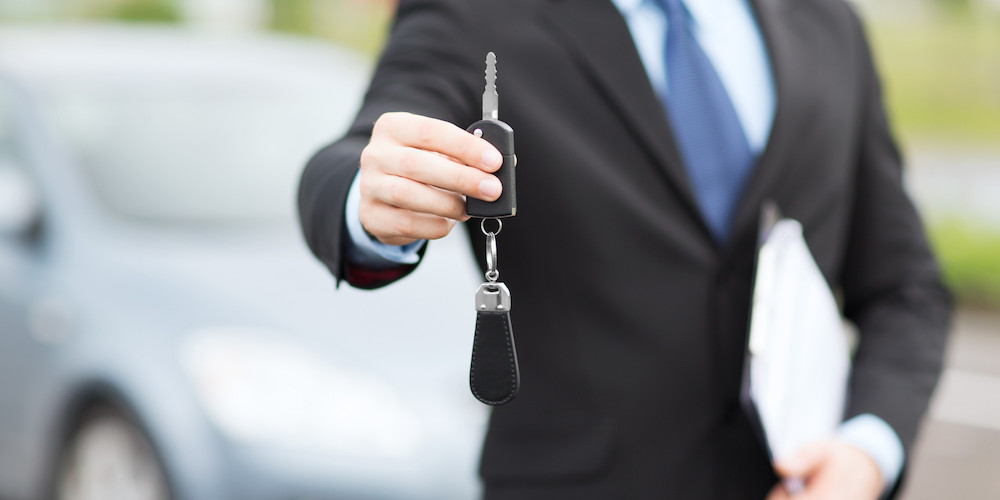 “[A]bout two years ago, after a long year personally and professionally, I decided to treat myself to a luxury car. I decided on a Range Rover Evoque and knew the color combination and model I wanted, and I had test driven one a few months before. I searched all the Los Angeles area Land Rover dealerships and found one dealership that had the car I wanted. Over the course of a couple of days I haggled out the purchase price via email, text message and phone calls, with everything documented. I told them I would come in and pay for the car in cash, with perhaps a bit of financing if I decided. We haggled a firm price for the exact VIN number. So I go into pay… and the dealership tells me they just sold the car. They were quite earnest. They also told me they would get the one I wanted from another dealership.

Two months go by and there is no other car. So I looked at their website and found my #2 choice, slightly more expensive but acceptable. And did he process again, in writing and documented. And I go in again to pay and this time a different salesman gives me the “we just sold it” speech.The problem was it was the exact same words, tone, delivery and physical delivery as the last time. I have worked in Hollywood for 20 years and know when people are acting and performances are scripted, and to get the same performance from two different people two months from each other… something is rotten in Denmark. I left again, angry as they tried to sell me a car that cost $8,000 more than the one I had just negotiated for.So I gathered my notes and the VIN numbers of the “just sold” cars. I had a friend in law enforcement run the VINs… and it turns out the cars were sold MONTHS before the dealership negotiated their sales to me. The dealership was advertising cars for sale they did not have.

So I presented the evidence to the dealership. At first, the sales director explicitly called me a liar. I then gave them the exact transaction dates and negotiation evidence and informed them that selling something you do not have a claim to is fraud. I told them I was going to make an Attorney General’s complaint for fraudulent practices against the dealership as this was clearly a deliscripted move. I ended up getting concessions from them to custom-built-to-order 2013 Evoque at a very great price. Truth be told, the Sales Manager at the zero hour reneged on the written deal even then and added a few hundred dollars to the final price, but it was still way under market and as much as I despised the process, the people and the dealership, I wanted the car.When I went in to pay for it, they gave me the car and orientation in record time; I was in and out of the dealership in perhaps 20 minutes. And from the time I drive away, I have never even gotten a single follow-up call or email from them. Clearly, they wanted me out of their lives and I wanted them out of mine. I just wanted the car I wanted, I got it at a great price and I will never even drive past their dealership again as without leverage, they cannot be dealt with. And not even then they won’t be honest.”

What did we tell you? The automotive industry appears to be trending towards online sales, which will eliminate all of the issues (like those mentioned above) that accompany traditional dealerships. Why not start your transition now and begin exploring some options the internet.