One Eclipse is Here to Stay

One Eclipse is Here to Stay

Did you see the Solar Eclipse last week? Wow, just wow! No matter where you were in the states, it was an amazing sight to see. Some of us have been waiting all year, and although the Great American Eclipse has come and gone too quickly, there is one eclipse here to stay. Mitsubishi Motors has officially added the Mitsubishi Eclipse Cross to the lineup and capitalized on the celestial event to boot.

First thing’s first - the solar eclipse. We discussed some places to watch the eclipse in Florida, most of which could view anywhere from 70 - 90% of the eclipse. The eclipse glasses really made it a spectacular show to see, though. For me personally, I traveled all the way to Tennessee to watch totality. A little caught up in the awe-inspiring event, I didn’t capture a shot of the burning hole in the sky. Honestly, I was here for a bit of soul-searching - I camped out in the wilderness for the first time and will not be doing that again.

Regardless, what an event that was. The sky grew darker, the weather got cooler, and then suddenly it was sunset in the middle of the day. Then the phenomena happened. The only time being alone in the dark ain’t that bad, with a bright ring in the sky for all to see. Totality lasted anywhere from a few seconds to two minutes depending on where you were, but one thing was clear. Everyone went nuts that night, cheering for the single most beautiful yet chilling visual experience one may ever see in the skies above. 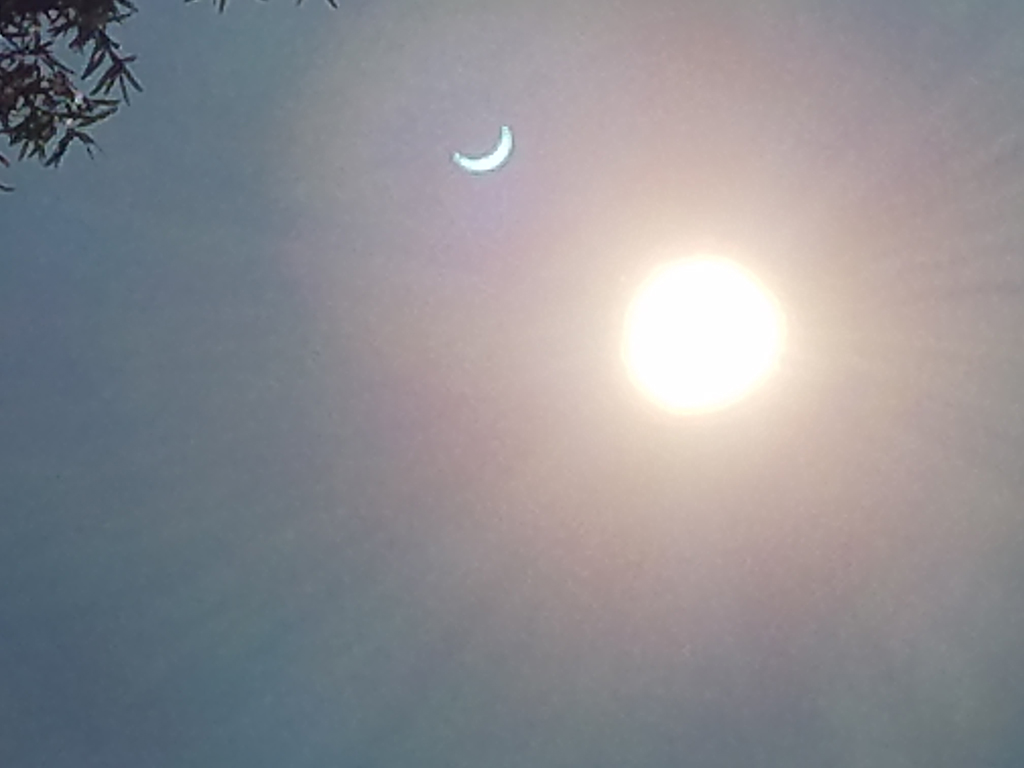 Without proper camera equipment, I couldn’t grab a shot of the eclipse as it was happening, but my camera phone got an odd reflection effect. Check it out below.

The jokes about the Eclipse Cross and the solar eclipse were one thing, but Mitsubishi took it to a whole new level by taking a photo shoot of the new crossover during totality. Take a look at the picture above for a sample of the shoot. Wondrous.

Now officially part of the Mitsubishi Motors lineup, the Eclipse Cross has a landing page all of its own on the Mitsubishi website, mitsubishicars.com/eclipse-cross. It’s actually a little exciting, there’s pretty cool technology coming out with the Eclipse Cross, some of which is only the beginning of revolutionary gadgetry to come. Not to mention the center console and cabin have a design that speaks volumes of how far Mitsubishi has come in designing their vehicles.

The all-new 2018 Mitsubishi Eclipse Cross will be available online at NowCar soon!

What about you? Have any pictures to show us from your eclipse viewing? Share them with us on social media.