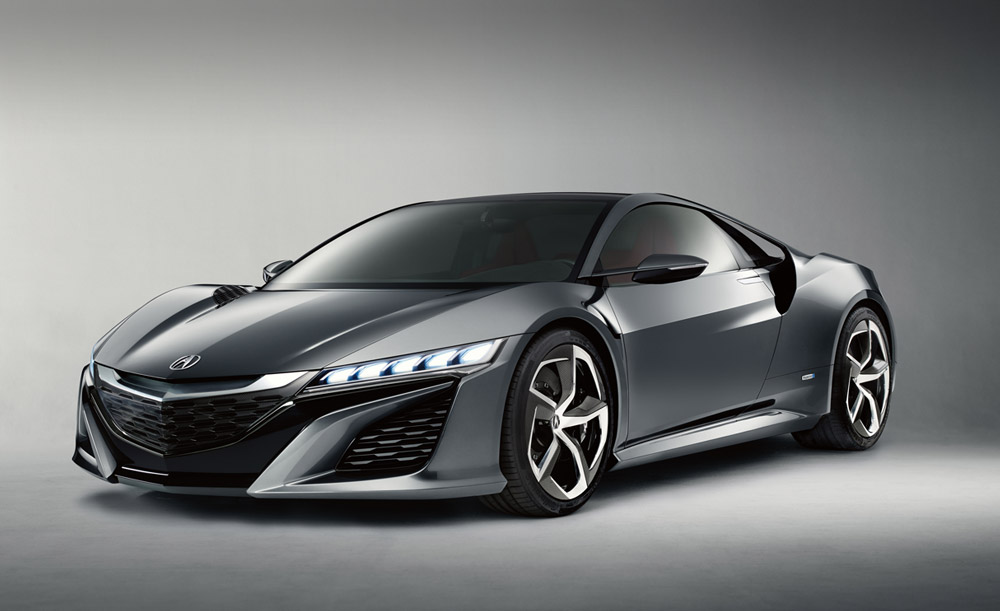 The brand new version of Acura's NSX, which was first previewed back in 2012, is finally slated for introduction in 2015. Three years later, it's finally time.

On January 12th, the coupe will be revealed at the North American International Auto Show. Acura has already been accepting deposits for the NSX and a large number of supercars have already been spoken for.

That's in spite of the fact that no one has ever seen or test driven the latest incarnation. It certainly says something about Acura's reputation and the extraordinary mark that the original NSX made.

The first NSX hit the scene in 1991, and it was the first production car to feature a primarily aluminum body.

With innovative engineering that included variable valve timing, it was a mind-blowing new entry aimed at taking on some of the best track competitors ever produced.

Though its performance was impressive, only a very limited number sold. Some racing aficionados posit that perhaps the NSX was ahead of its time. It definitely didn't fit in amongst the traditional exotics.

Ultimately, it was taken out of production in 2005. The company had invested so much in initial development that maintaining the NSX's competitive edge over time wasn't financially viable.

After a significant gap of time, Acura finally spilled that a new supercar was in the works, but delivery has been the ongoing issue. Lots of hype but no arrival has been the NSX's story for the past several years.

However, that's all about to change. In less than a month, the NSX will take the stage, and everyone will finally get to see it in all its glory.

Here's what we know so far:

Further details are few and far between, but we can hope that even before the big debut, Acura will release some more telling teasers.    What is certain is that Acura's new flagship promises to be both incredibly powerful and extremely efficient. And it will definitely be ready to give its rivals some fierce competition.

It's rumored that the NSX's price sticker will fall somewhere around the $100,000 mark, though cost seems to be of little concern when it comes to people getting their hands on these.

The order books are already overflowing, and we have yet to get a full preview. January 12th just can't come soon enough.