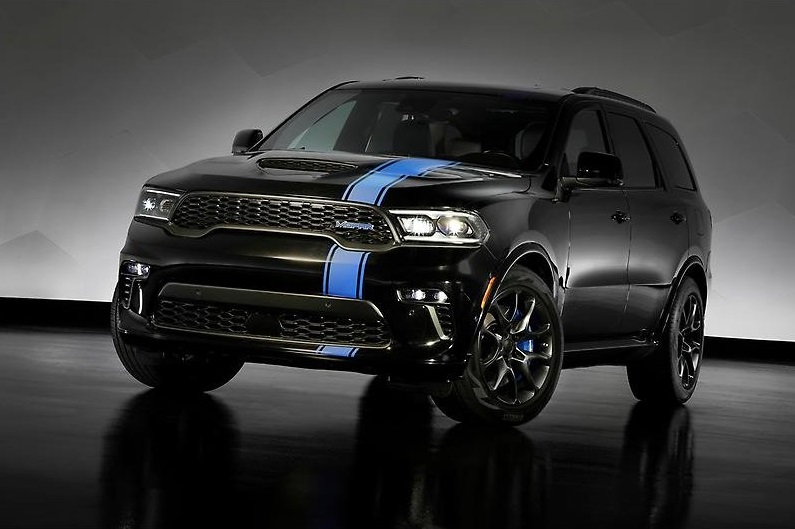 Every year, Mopar, the custom auto parts for aftermarket modifications of Dodge, Jeep, and Ram vehicles, likes to put together a special vehicle from the lineup of one of those automakers. 2020 had a misstep, for obvious reasons, but in 2019 it was the Limited-Edition Mopar ’19 Dodge Challenger, built off the 2019 Dodge Challenger R/T Scat Pack. This year (2021), Mopar showed us what they could do with the Ram 1500, producing the new Mopar ’21 Ram 1500 Special Edition. Dodge teased a plug-in hybrid for the Dodge Durango back in 2019, and now the time has come to pass, with the muscle car automaker discontinuing the SUV to make way for a greener model. Before the Durango leaves, Mopar wanted to send it off the only way it knows how, with the Limited-edition Mopar ‘22 Dodge Durango.

“Our new, limited-edition Mopar ‘22 Durango features exclusive Mopar performance parts and accessories…Unlike any other aftermarket offerings, our performance parts and accessories are jointly developed and quality tested with the product engineering team and they are backed by the factory.” - Mark Bosanac, North America vice president, Mopar Service, Parts & Customer Care

We’ll be sure to take a look at this during the SEMA Auto Show this week (Nov 2 – 5, 2021), but we’ll have a lot more coverage after compiling notes next week. For now, we’re getting a sneak peek at a couple of projects set to be on exhibit. One of them is this special edition of the Durango from Stellantis, the merger of FCA and the PSA Group, Dodge, and Mopar. It seems like a lot of automakers will be focusing on electric powertrains this year, so how well will this limited-edition Durango stand out? Built on the 2022 Dodge Durango R/T with all-wheel drive (AWD) and equipped with the Plus Group and Tow N Go Package, this model is already a power house to reckon with.

This model comes with exterior and interior features that only Mopar-branded performance can supply. The most obvious exterior features are an offset asymmetrical Mopar Blue stripe that runs along the driver’s side, stretching from the front fascia to the rear, plus a Mopar Blue “Mopar” front grille badge. Take a closer look, and you can see the Mopar Blue “Brembo”-branded brake calipers within the wheels. Speaking of, these 20-by-10-inch “Lights Out” wheels ride on Pirelli tires, and a Mopar 1-inch lowering kit improves the handling of this beast with a quick response. Powered by the legendary 5.7-liter HEMI® V-8 engine, rated at 360 horsepower, having control is a top-tier priority. Thankfully, a TorqueFlite eight-speed automatic transmission handles the gear switches.

Inside, the Mopar ‘22 Durango comes with a Mopar ‘22 instrument-panel badge with serialized build number noting its number in the production line out of 250 units. Leather and suede front seats make up the upholstery with a two-tone Mopar logo embroidered into the seat backs, highlighted with Mopar Blue accent stitching. More Mopar features include the Mopar pedal kit and Mopar all-weather floor mats. Each vehicle comes with a Mopar ’22 owner kit that features a custom-made, personalized metal certificate of authenticity with the aforementioned vehicle-build number. The Mopar Design team has also prepared a special rendering of the vehicle.

What a great way to send off the Dodge Durango. Check out the Durango and other Dodge vehicles when you shop for a new car online with NowCar.