Well it’s about that time for another auto show this year. Taking place over the course of September 12 - 24, 2017 is the International Motor Show (IAA), also known as the Frankfurt Motor Show. Of course, Frankfurt, Germany is overseas, so there’s always the question if those vehicles will be available here in the States. One vehicle that definitely has us wondering about its future availability in the U.S. is the next-generation Kia Cee’d.

A play on words, the upcoming Kia ProCeed was first hinted at last month. Released as a concept, this wagon-shaped hatchback has a lot of style going for it. Take a look at the picture below and you’ll know. This is too classy to be just a wagon. The concept actually resembles a supercar, and as stated when Kia Motors debuted the Kia Stinger at the Detroit Auto Show, they’re working on producing cars that run as good as they look. With their recent top ranking for the second-consecutive year in the J.D. Power Initial Quality Study, Kia Motors is definitely putting its money where its mouth is. 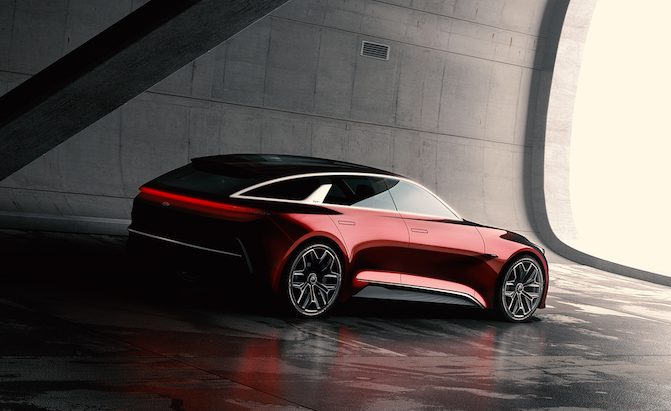 The Kia ProCeed has already been introduced during the Frankfurt Motor Show, and a prototype concept has actually given it a little life, as seen above. The four-door “wagon” was painted hot red, accenting brightwork that surrounds the side glass and glows with a white LED light. There is something about this design that has us worried, though. This Kia concept, supposed to be a trendsetter, has fallen victim to the cool factor allure of removing the B-pillar, or the side beam of the car that could reduce the amount of protection the car would provide to passengers in the case of a side-impact collision.

At the Frankfurt Motor Show, there are many other vehicles making noise. Most notably, electric cars have gained popularity and “took center stage”, as they say. We may have more coverage on more vehicles as the show comes to a close this weekend. For now, what do you think of the Kia ProC’eed? Being a next-generation for the European market Kia C’eed, is there any hope of it coming to American shores? Let’s discuss on social media.