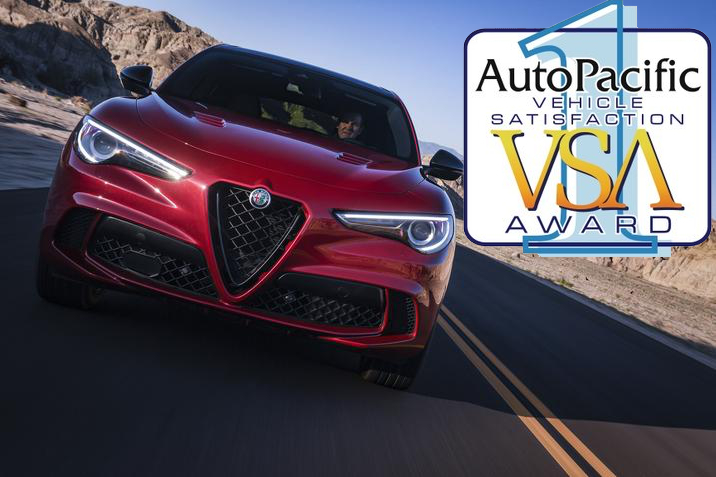 Fiat Chrysler Automobiles (FCA) is a large automotive group consisting of a variety of brands. Several times last year, FCA started the discussion of expanding the group with a merger that would be mutually beneficial and help the group get a stronger foothold on alternative fuel vehicles. The first candidate was Renault, head of Renault-Nissan-Mitsubishi, soon turned down and replaced with the PSA Group. However, even with the merger becoming official, and the new shared name to be “Stellantis” there is still time to highlight the vehicles FCA is known for. What better way then to check out the 2020 AutoPacific Vehicle Satisfaction Awards (VSA), with FCA rounding up accolades once again.

Who is AutoPacific? Like many auto publications, AutoPacific gathers all kinds of data from the auto industry and then shares that information with prospective car buyers to help them make informed choices. A future-oriented automotive marketing research and product-consulting firm, AutoPacific has been around since 1986, studying many industries. The automotive industry is just one of many that AutoPacific researched, and its Vehicle Satisfaction Awards help point out some of the best vehicles, according to real consumers. Yes, it’s true – although the VSA winners are based on 27 individual vehicle attributes from AutoPacific’s New Vehicle Satisfaction Survey, these ratings are a culmination of survey responses from more than 73,000 new-vehicle owners.

Who are the winners this year? Five vehicles from FCA took home the gold and won over their competition in their respective category. Some of the most satisfying are vehicles we love, like the Dodge Challenger muscle car. Truly a beast, releasing vehicles with more horsepower every year, the Dodge Challenger won an award for the fourth straight year, coming out on top in the Sports/Sporty Car category for the 2020 VSA.

Then there’s the brand that’s in the name of FCA – Chrysler. The Chrysler 300 may not get as much attention as its minivan counterparts, the Pacifica, Pacifica Hybrid, and the Voyager. The 300 is the only sedan in the Chrysler lineup, and with that, it won the Large Car category this year. If looking for a real gem, then keep reading on about the truck category.

It might be a light-duty pickup truck, but when it comes to trucks, there is no other FCA vehicle as iconic as the Ram 1500. Although the Ram 1500 entered a new generation of models, consumers love the truck so much, Ram decided to also keep the previous generation in production, called the Ram 1500 Classic, and returning for 2021. Not only did the Ram 1500 win the award for the Full-Size Pickup category, it also took home the Highest Satisfaction Popular Brand award.

Two more Fiat Chrysler vehicles beat the competition, and both from the same brand. Alfa Romeo was also making the rounds during the 2020 VSA, and the Giulia won the Standard Luxury Car category. Thanks to all the upgrades for the 2020 model year, the Giulia has been refreshed inside and out with enhanced features and level II autonomous driving functions. Alongside the Giulia is the Alfa Romeo Stelvio, having won the award for the Standard Luxury Crossover SUV category.

You can find award-winning cars like these and more when you shop for a car online with NowCar.