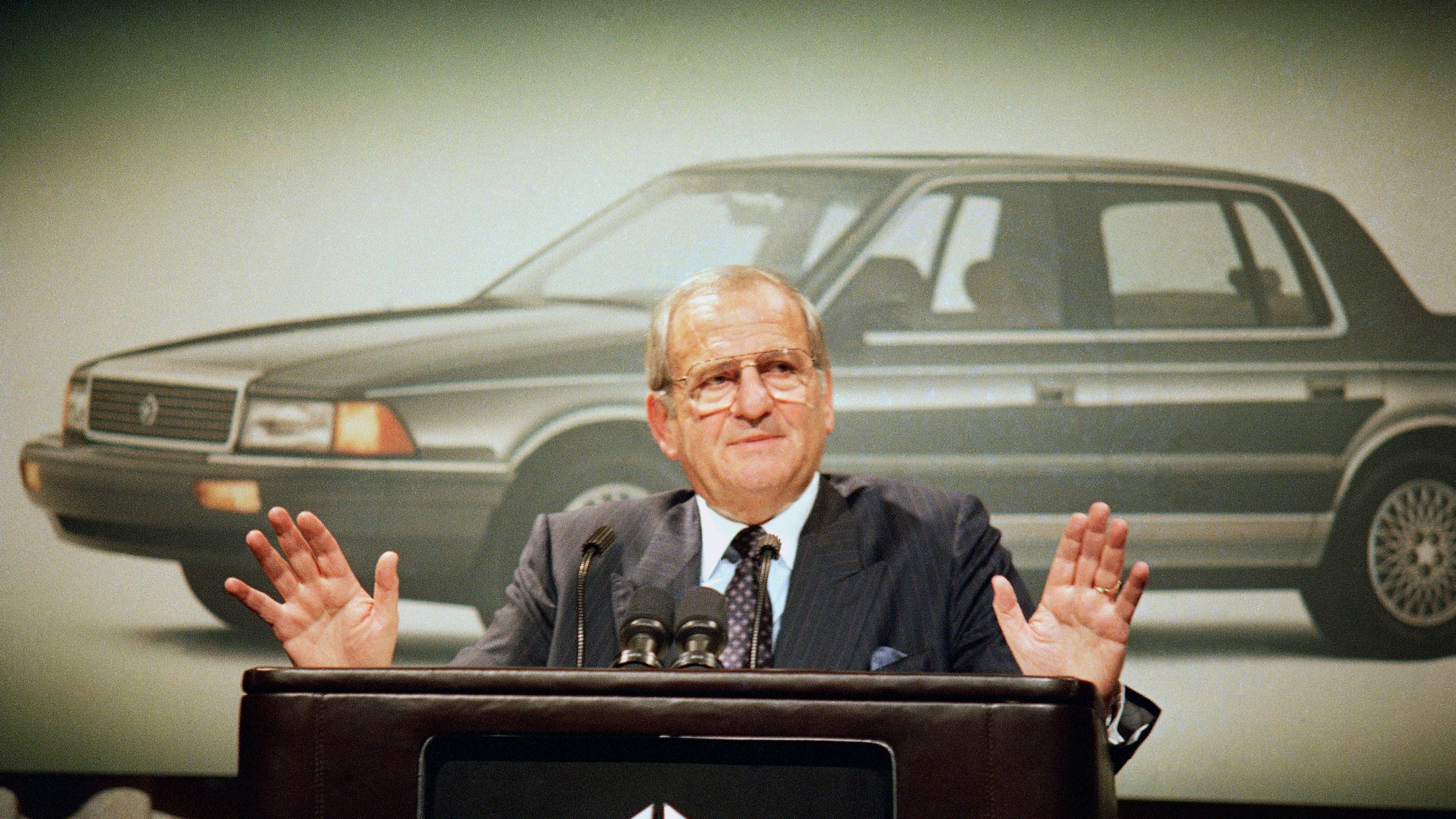 Sometimes the American auto industry produces personalities that are larger than life and Lee Iacocca was one of them. The juggernaut automotive exec passed away on July 2 at the age of 94 due to complications from Parkinson’s disease. Revered by some and reviled by others - notably Henry Ford II who unceremoniously fired him after a long and successful career while at Ford - Iacocca was a force to be reckoned with. He’ll be remembered as the father of the Mustang and the minivan, but most importantly as the original rescuer of Chrysler.

Born in Allentown, Pennsylvania to Italian immigrant parents, Iacocca attended Lehigh University and later on Princeton University as he set his sights on working for Ford Motor Co. After completing a Master’s Degree in mechanical engineering in 1946, Iacocca finally joined Ford as an engineering trainee. Quickly bored by the tediousness of engineering, Iacocca turned to what would prove to be his forté - marketing. Iacocca then devised what would come to be known as the “56 for ‘56” campaign to move slow-selling 1956 models - customers would make a 20% down payment and then make $56 monthly payments for three years. Car financing was just becoming the norm and by the time 1960 rolled around Iacocca was already head of car and truck sales for Ford Division.

What came next would help cement Iacocca in the history books forever, the creation of the famed 1964 Ford Mustang. As Ford executives and engineers looked to build a car with youthful appeal, strong performance, head-turning style and an affordable price, Iacocca suggested they use the engine, transmission and axle from Ford’s existing Falcon vehicle. When it premiered, the Mustang appeared simultaneously on the covers of Newsweek and Time with Iacocca included. By December of 1970 Iacocca was president of Ford, 24 years after he started there. His tenure as president only lasted eight years and by 1978 Iacocca and Ford II had butted heads one too many times. It wouldn’t be long before Iacocca got his second chance at cementing his name in the history books.

Merely a few weeks after parting ways with Ford, the nation’s then Number three automaker Chrysler - came calling. Iacocca was named Chrysler’s president and CEO and in less than a year he would become chairman as well. Chrysler was near-bankruptcy when Iacocca took over, or as he put it in his autobiography “Chrysler was hemorrhaging.” Savvy as ever, Iacocca then realized that Chrysler would need government help if it was going to survive. In what would become the ultimate power move Iacocca won a $1.5-billion loan from Congress and in the process saved 600,000 jobs and allowed Chrysler time to restructure. By the time 1983 rolled around Chrysler was on its way to rising like a phoenix from the ashes with its line of K-cars and the introduction of the first minivan. Coincidentally the minivan celebrates its 35th anniversary this year (2019).

In what was an impressive move Chrysler repaid the government seven years ahead of schedule. Iacocca, never one to miss a marketing opportunity, cheekily posed with an oversized check payable to the U.S. Treasury exactly five years to the day after Ford fired him. With a vision that only an innovator could possess, Iacocca rightfully predicted that the minivan would become a vehicle that would “create extraordinary excitement and buyer interest and force other manufacturers to come up with copycat versions.” Turns out he was right - the minivan created not only a whole new market segment but also consumer sensation.

Fiat Chrysler Automobiles (FCA) representatives remembered him fondly with the following press release: “The Company is saddened by the news of Lee Iacocca's passing. He played a historic role in steering Chrysler through the crisis and making it a truly competitive force. He was one of the great leaders of our company and the auto industry as a whole. He also played a profound and tireless role on the national stage as a business statesman and philanthropist. Lee gave us a mindset that still drives us today - one that is characterized by hard work, dedication and grit. We are committed to ensuring that Chrysler, now FCA, is such a company, an example of commitment and respect, known for excellence as well as for its contribution to society. His legacy is the resiliency and unshakeable faith in the future that lives on in the men and women of FCA who strive every day to live up to the high standards he set.”