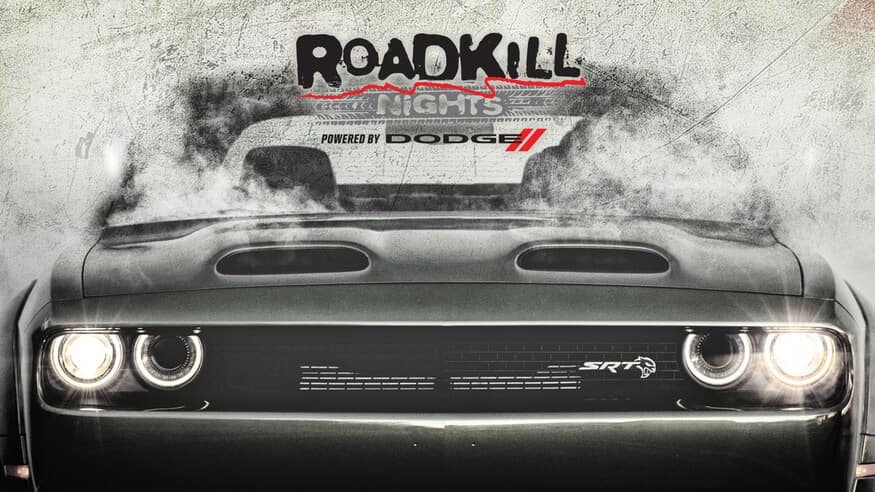 Dodge has remained hush for a while regarding surprises, but an announcement this week about what we can expect by the close of summer has got us going wild! We just discovered Dodge has vowed to demonstrate three new Dodge EVs for its forthcoming Roadkill Nights 2022 event. The years of publicity for its Never Lift campaign have ushered to this gigantic plan that will seek to authenticate the future of Dodge engineering the world at large.

"There's no better place to unveil a new performance direction for the Dodge brand than right on Woodward Avenue in metro Detroit, with tens of thousands of our closest fans and friends. We introduced our two-year Never Lift road map last year at Roadkill Nights, and this year the event will serve as the prelude to going wide open throttle on Never Lift. All I can say is the future of our brand will be on display during Dodge Speed Week, and we're throwing open our garage doors so our fans can get a peek for themselves. It's going to be an electric summer for Dodge," said Tim Kuniskis, Dodge brand Chief Executive Officer of Stellantis, the parent company of Dodge.

Where Dodge Goes Next

As for the massive debuts that will launch on spot from August 15th-17th, 2022. The first day, August 15th will be the day a new creation will be shown; the EV we've all been lingering for! This day will celebrate the first live arrival of the next-generation Dodge muscle vehicle. The next day, on August 16th, the Dodge gateway muscle product is vowed with the last day, August 17th, 2022, will show the outcome and live debut that looks ahead to the future muscle products coming down the tube. This is a wonderful time to celebrate the birth of a full-fledged EV lineup that will make any buyer's hair blow back (even if they don't have any!).

A large amount of speculation has been built for the all-new Dodge Hornet plug-in hybrid (PHEV) SUV option that is taking queues from fellow Stellantis brand, the Alfa Romeo Tonale. The Tonale arrives with PHEV features and rides with a 1.3-Liter four-cylinder engine that is connected to an electric motor with an connected rear axle measure to secure the engine. The Hornet was first and last shown all the way back at the 2006 Geneva Motor Show. Back then, this Hornet was cast as a memorable concept for a new crossover. The 2006 Hornet was built with a box design that was widespread among customers back in the day. A future production version was never completed, until last year when we learned of the spy shots that indeed delivered what Dodge had been working on.

Massive Hype Is Growing For Dodge

Brand new spy photographs reveal a refreshed glimpse of one under development on the streets of Detroit. The new Dodge Hornet we see entering production looks nothing like the initial concept from 2006. But, intriguing to note how some similarities are noted to its Alfa Romeo Tonale Stellantis sibling. Allow us to breakdown what we have learned in recent months about the future Dodge Hornet crossover SUV that brags thanks to a dependable 272 horsepower rating. A 15.5-kilowatt-hour battery pack supplies more than 30 miles of a driving capacity. What will customers love most when August rolls around? We are poised to find out sooner than later when the Dodge and MotorTrend hosted Roadkill Nights starts this summer.

Make A Move To Drive Dodge

With NowCar, we offer many choices to our customers, including the newest Dodge vehicles, direct from us. Keep in mind, we only offer new vehicles. Buy from your home, design what you want inside of your vehicle, piece by piece, as any customer can experience the nicest feeling of shopping where and when they want with our help. We can help our customers find exactly what they want to drive. The right vehicle is everything for our clients without any hidden fees. We’re transparent about what we have available to sell and the final price before any sale is made at NowCar.

NowCar only sells new vehicles and we can even assist with financing, should a customer request help to make their purchase. Call us at 1-877-8375 or reach out to us to get started with a new purchase today. Deciding on the style of the vehicle, the brand or deciding by features, our generator is easy to use. Customers can go on NowCar at any point in time and receive automated assistance on our website 24/7. We’re always open at NowCar!