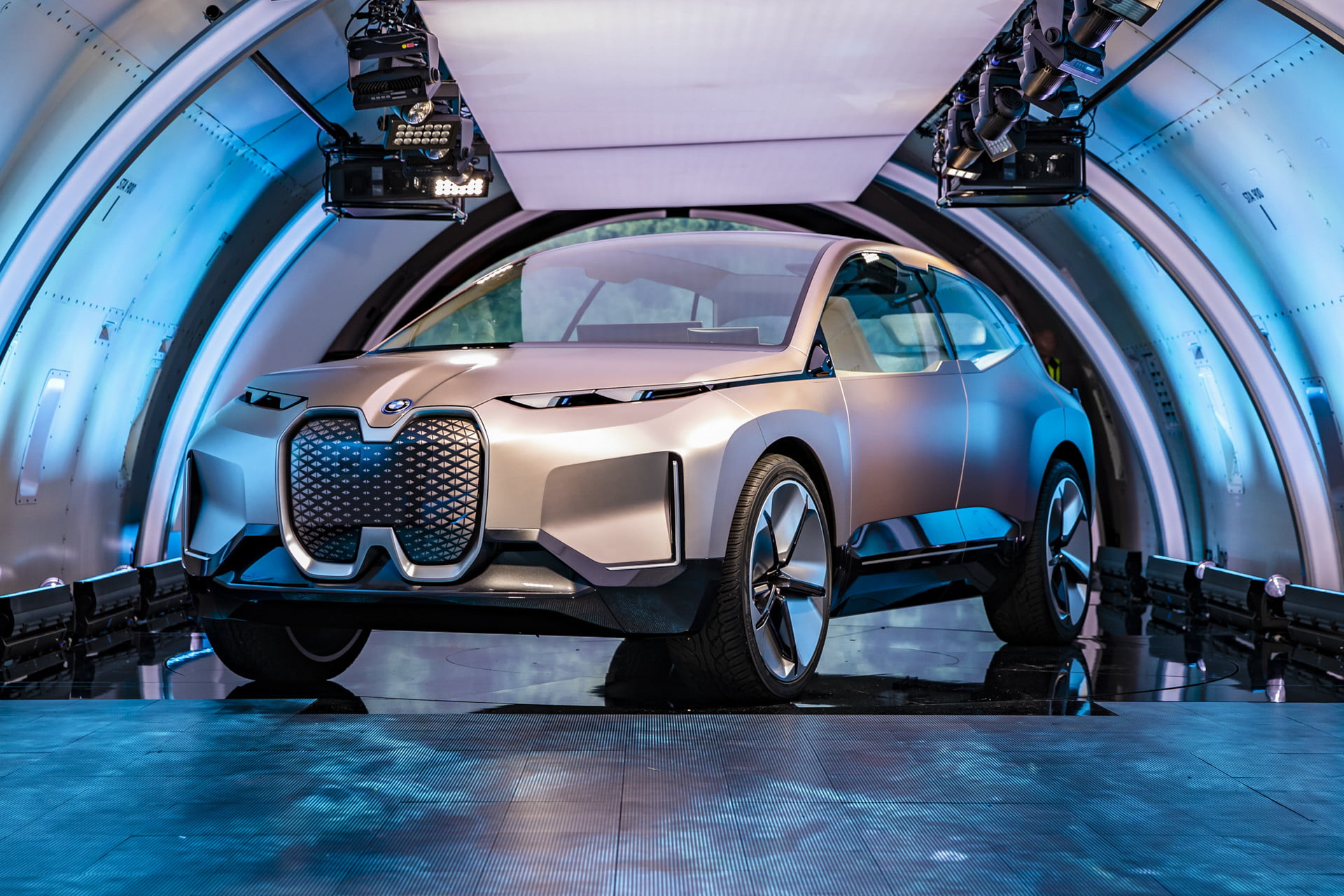 BMW recently unveiled the brand’s concept for a self-driving all-electric crossover - the Vision iNext (or a variant of it) is a crossover that BMW executives said the brand hopes to put into production by 2021. If the final product resembles the concept version that was unveiled, then it makes for a pretty cozy crossover to get around in. Creatively unveiled inside the belly of a cargo plane at John F. Kennedy International Airport in New York City, the BMW Vision iNext is complete with futuristic features like touch sensitive fabrics and interactive projections. BMW declined to confirm what, if any, of the features or capabilities seen on this concept will actually make it to the final version that’ll be mass produced in just a few years.

The Vision iNext features the brand’s signature kidney-shaped grille, with additional rounded rectangles on each end that are connected by a broad center section making the grille look like a massive letter “H”. Since a large radiator is unnecessary for a fully electric car it appears that this grille is mostly cosmetic. The H-shaped grille functions as a way for the center section to cover the front-mounted cameras and sensors that make a self-driving car possible - merely aesthetics.

As for the interior of the car - well, it’s unlike anything we’ve ever seen before as it has been deliberately crafted to resemble the ambience of a room a lot more than it resembles the classic cabin of a vehicle. Richly textured fabrics cover the seats, walls, and even the dashboard, while a table-like structure with a metal base and an inlaid wooden top rests between the front seats instead of a classic center console. BMW engineers are said to be working on integrating advanced technology that would allow the wooden surface of that center console table to be utilized just like a touchpad. A variant of this type of technology that allows drivers to write letters with their fingers atop a plastic control knob is already an available feature on current BMW models.

BMW engineers refer to their technology as “Shy-tech” in reference to the prevailing theme that the technology of the Vision iNext should be nearly invisible until it is needed by the passengers. Shy-tech is intended to make the inside of the car as comfortable and as relaxing as possible, especially when the vehicle is in self-driving mode. When in self-driving mode, the Vision iNext’s steering wheel withdraws away from the driver and into the dashboard while the accelerator and brake pedals retract into the floor as the headrests fold back so that passengers can see and speak to one another more freely. Other tech improvements are in the works for all of BMW’s lineup, including a system for future models to be produced with a choice of an internal combustion engine, an electric or hybrid motor powertrain as the automaker gauges production demands and regulatory shifts.