The Best Reviewed Cars of 2015

The Best Reviewed Cars of 2015

Okay, so this is kind of a tricky subject area because choosing the "best" of anything can be tough to quantify.

But, when it comes to the best cars manufactured for a particular model year, the conversation isn't quite as subjective as you might think. While "best" might be based on different rubrics, it is easy to spot some commonalities between criteria.

So, while one automotive authority might value reliability, another might be more concerned with affordability, and another with performance or safety.

What I have done here is pulled those manufacturers whose cars, trucks, and SUVs appeared on multiple lists. Essentially, I've tried to tie together the common threads chosen by multiple automotive authorities and experts, regardless of the rubric they used when making their determinations.

Just to give you a sense of the criteria that others use to determine the standouts from 2015, let's take a quick peek at a few specific automotive publications.

Consumer Reports, for example, emphasizes performance, reliability, and safety when it comes to choosing which cars make their cut. U.S. News & World Report focuses on those cars that have earned the most positive reviews, while maintaining their affordability. Kelley Blue Book opts for vehicle value when it comes to deciding which cars are worthy of a spot on their "best" list. Actually, Kelley Blue Book distinguishes itself from others in the industry by determining the best value in each vehicle category, but then choosing one overall winner.

After I reviewed the lists presented by each one of these publications, I was able to isolate those brands that landed on each list. The top five brands to buy a new car online from are: Audi, Chevrolet, Honda, Subaru, and Toyota. Although these manufacturers were the same, the models, in some cases were different.

So, starting in alphabetical order, let's take a peek at Audi.

Two Audi models were listed, the Audi A3 and Audi A6. The 2015 Audi A3 is considered one of the best upscale small cars on the market today.

While the base model gets an EPA-estimated 23/33 miles per gallon, the TDI offers excellent fuel efficiency of 31/43 miles per gallon. Standard features include leather upholstery, panoramic sunroof, and plenty of infotainment and navigation options. And the  Audi A6 was selected as the best luxury car for 2015 by Consumer Reports.

With four engine options and two transmissions, seven-speed sequential or eight-speed automatic, the Audi A6 is a beautiful car with ample space for five people and plenty of cargo room. This car wants to go on a road trip and step out in style. 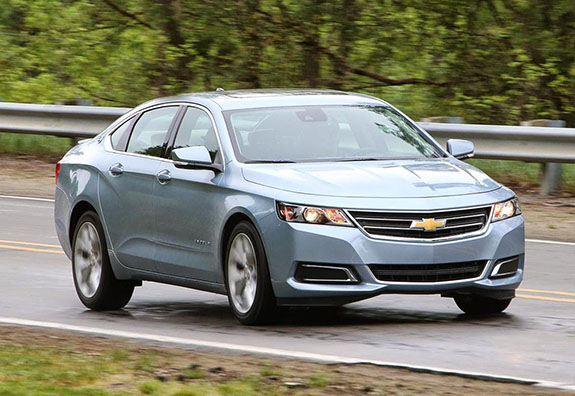 From there, we have quite the Chevy collection, including the Impala, Tahoe, Corvette, and Volt. Now, it's interesting to note that Consumer Reports didn't choose a single Chevy, while Kelley Blue Book picked four Chevy models.

The Impala won best full size car, also referred to simply as large car, while the Tahoe took the spot for full-size SUVs, the Corvette - the ultimate American muscle car icon - won for performance car, and the Volt beat all the other alternative-fuel vehicles in the electric/hybrid car category.

Edmunds adds the Chevy Colorado, a midsize pickup truck to the list of Chevy accolades. I think we can safely say here that so many Chevy cars were awarded, thanks in large part to their affordability. 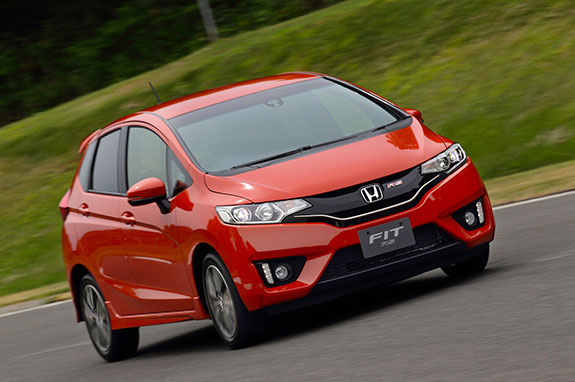 Next up, Honda featured on all three lists. Critics and consumers, alike, gave high marks to the Honda Odyssey, Civic, Accord, Fit, and CRV.

If you want a minivan, the Honda Odyssey is considered the best in its class, while the Civic is an outstanding small car, the Accord an enviable mid-size car, with the teeny-tiny Honda Fit crowned king in the subcompact segment.

For SUVs, you can't beat Honda's CR-V. You've got lots to choose from, depending on the category of car you're looking for. And this isn't surprising given the number of different models both of these manufacturers, Chevrolet and Honda, manufacture annually.

As a Subaru driver, I was delighted to spot my car, the Impreza, on the list alongside the Subaru Legacy, Forester, and Outback. The Impreza is Subaru's compact car, the Legacy is a midsized sedan.

Here is where things get a little interesting…so, the Honda CRV nabbed the top spot for SUVs, but Consumer Reports parses that category out a bit differently, accommodating a "small SUV" category, for which the Subaru Forester won.

Another category that features on some lists but is absent from others is the "wagon." When it comes to wagons, Subaru reigns supreme with its Outback model.

Though I'm not sure why, Kelley Blue Book did not include any Subarus in its rankings, even though it is a brand celebrated for its affordability and reliability. Consumer Reports chose three, but none of them matched U.S. News & World Report's choice of the Subaru Outback.

Toyota is a Triple Threat

Toyota's Highlander model presents on two major award lists, with the Camry Hybrid on another. The ever-popular Toyota Prius also joined its siblings as far as Consumer Reports were concerned with respect to performance, reliability, and safety.

Again, it seems like we're splitting hairs when it comes to awarding anything in the SUV class, because the Toyota Highlander is ranked the best midsize SUV.

Well, I guess that settles it. Size really does matter.

But, you see Consumer Reports doesn't concern itself with affordability the way other publications do. To illustrate this, consider their top-ranked car for 2015: the Tesla Model S, which starts at the MSRP of $89,650. So, yeah. Affordability? Hardly.

Oh, and Kelley Blue Book's Overall pick for 2015? That distinction goes to the 2015 Ford F-150, which has been the best-selling vehicle in the United States on and off for decades.

The best advice I can share when it comes to figuring out the best car for you is to consider how you would assess a vehicle. Create your own criteria for what is most important to you with respect to owning and driving a vehicle and tailor your research to those specifications.

Maybe affordability trumps performance when you're evaluating the contenders for your next car purchase. Or safety ratings and reliability are your priorities over engine options and accessories.

Figure out what you value the most in a car and consider that the first step of your targeted search. Only you know what's best for you, but there are plenty of dependable sources that can help you confirm a car's credibility.