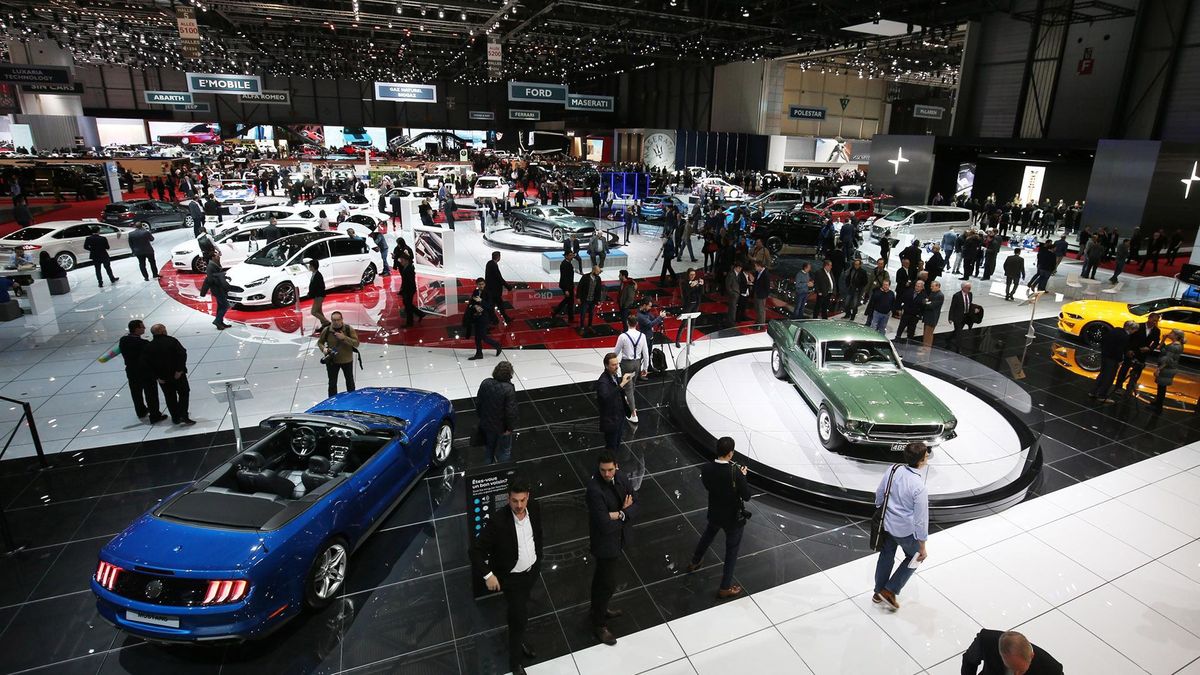 All The Latest From the 2020 Geneva Motor Show

All The Latest From the 2020 Geneva Motor Show

This year, due to the growing concern of the COVID-19, a type of coronavirus, the Geneva International Motor Show was canceled. This decision came just days before the Swiss event was set to host over 100 world premieres.

"We regret this situation, but the health of all participants is our and our exhibitors' top priority. This is a case of force majeure and a tremendous loss for the manufacturers who have invested massively in their presence in Geneva," said Maurice Turrettini, chairman of the Geneva International Motor Show Foundation Board, in a statement.

On the bright side, the internet proved to be good for something, as the major automaker were able to reveal their new production and concept cars online. Part of what makes the Geneva Motor Show so fun and exciting is the tradition of showcasing a number of brands that display exquisite, high-end models. Besides the flamboyance, there are models that are meant for the U.S market and some that are a foretaste of things to come. Here are some highlights U.S. consumers might be interested in.

The first on this list is the Concept i4 for BMW. The four-door electric vehicle gave one of the best looks and is expected to go into production next year. This 007 type of coupe is also expected to bring on a performance that one would typically expect from a sports car by boosting 530 horsepower and 0-to-60 mph acceleration in less than 4 seconds. A spokesperson for BMW says that it has an 80-kWh battery and has an estimated 270 miles range by the EPA.

Up next is the E-Class sedan from the brand known for the high-class exterior and exclusive tech, Mercedes-Benz. The 2021 vehicle has been freshened up with the latest advanced safety features. This little cottage on wheels is progressed by 12.3-inch displays that are the foundation for the newest version of the MBUX infotainment system that is quite similar to the newer Mercedes models. Features on the MBUX includes natural language recognition as well as an optional augmented display for navigation that provides guidance on the center screen, it shows the incoming territory on the route like street signs and other things like it. This Fall, similar body styles will have a new version as their ally, a raised wagon called All-Terrain; This will give the E-Class a fierce competitor to the Audi All Road, with an identical approach as the Subaru Outback.

Car lovers will be delighted to know that the 8th-generation Volkswagen GTI will include a manual transmission and classic plaid cloth seats, it will also have a number of improvements that are suitable to a new model. The GTI employs the same traditional hatchback body style with four doors. This sports car stands out from the regular Gol by its standard LED headlights and taillights, along with optional fog lights in an “X” pattern.

So far, Volkswagen has released specifications only for the European GTI. Like its predecessor, the German-made vehicle will use a 2.0-liter turbocharged four-cylinder engine and boost 241 horsepower (in Europe). It’s quite possible that the engine will be the same for the U.S. but with different specifications. A 6-speed manual transmission is now standard while the 7-speed dual-clutch transmission is optional. Features in the interior are what Volkswagen is calling “The Innovision Cockpit”, which is encompassed of a 10.25-inch digital compartment for the gauges and driver-centered data, and the 10-inch infotainment system. The new GTI is set to go on sale in the U.S in the latter-half of 2021 but as a 2022 model.

Last but not least, yet another Volkswagen model, the all-electric ID4 (originally introduced as the ID CROZZ). This SUV will be on sale later this year and will be unleashed with a rear-wheel-drive.  According to the company, the ID 4 will range “up to 500 kilometers, depending on the drive package.” The interior has a “fully digital cockpit” that is managed by using touch surfaces and voice control. This cool cruiser will be built in the U.S at Volkswagen’s assembly plant in Chattanooga, Tennessee.

Although we’ll have a bit of a wait for these one-of-a-kind vehicles, NowCar sells a plethora of new vehicles online with respected brands like Chevrolet, Mercedes-Benz, Nissan, Kia and much more! Start your search by select particular body styles, features, and budget of your liking, and NowCar will take care of the rest. We’ll even aid you in financing when you’re ready to make a purchase. Call us at 1-877-8375 for additional assistance.