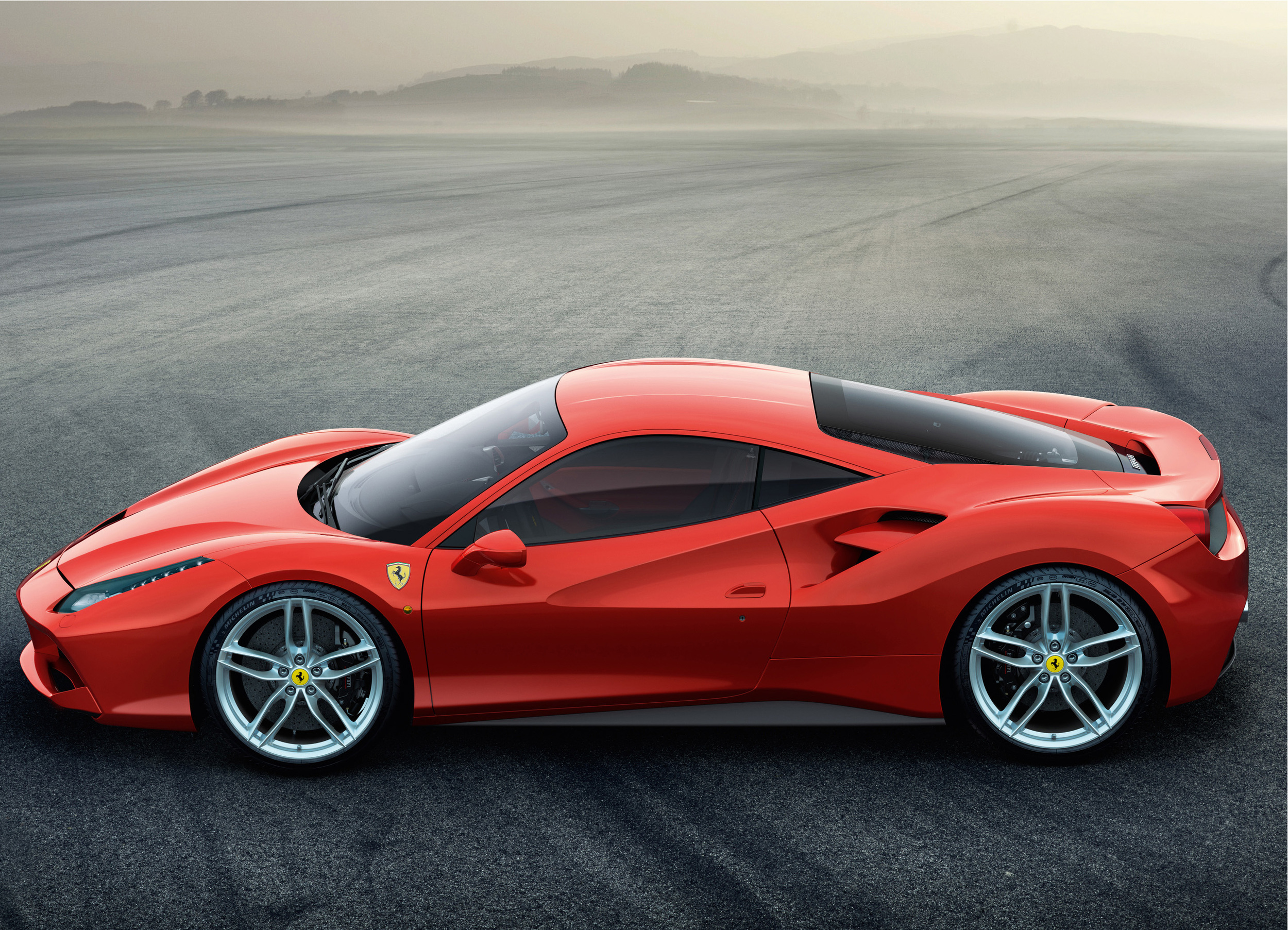 A Trio of Anticipated 2016 Performance Cars

A Trio of Anticipated 2016 Performance Cars

Without a doubt, the best way to buy a car is online - it's easy, convenient, and a fun departure from the traditional selling floor and salesmen. With the new year fast approaching, there is no shortage of exciting 2016 models for you to consider.

We decided to up the thrill factor and focus solely on the performance car class, specifically three of the upcoming gems from celebrated manufacturers that we are most looking forward to test-driving in 2016.

Although the performance car segment will feature revised and all-new creations from major supercar authorities, we've chosen to narrow our scope and spotlight our search on a Ferrari, McLaren, and Porsche.

Read on for details on each of these three, as well as their projected pricing and expected release dates.

Consider the Ferarri the veteran of the performance car segment. It's been around for generations and in that time has inspired a loyal fan base of patient consumers who are willing to wait the traditional two-year period for their new Ferrari.

Described as an enhanced version of the 458 Italia, the 2016 Ferrari 488GTB will abandon its naturally-aspirated fuel engine in favor of a turbocharged V8, specifically a twin-turbo 3.9-liter with 488-cc-per-cylinder displacement (what's in a name?), supposedly able to rev to 8000 rpm and generate 661 horsepower.

Although the new turbocharged engine represents a departure from the 458, the upcoming 488GTB shares a similar, aluminum-based structure with the 458, which reduces its weight to just under 3,000 pounds, compared to the 488's weight of 3,020 pounds.

While we don't know official pricing as yet, industry experts project the pricing to start around the current 458's listing of $245,690. The 2016 Ferrari 488GTB will compete against the likes of Ford's GT, Lamborghini's Huracan, and it's long-time rival, the McLaren. That said, Car and Driver has given the 2016 Ferrari 488GTB its top spot for the "Exotic Sports Car" rankings, positioning it atop the likes of Lambo and McLaren.

Check out Ferrari's own car "Configurator," which allows you to build your own 488, and explore all the exterior options available.

Or better yet, scope out the car in action, courtesy of a clip provided by Ferrari,

Granted, we will have to wait to clock these cars' performances against each other, but we do already know that the Ferrari 488GTB's aluminum structure still outweighs  its carbon-fiber McLaren counterpart. When it comes to supercars, svelte is the name of the game.

What else does McLaren have over its Italian rival, besides a slimmer physique?

The McLaren P14 - A Carbon Fiber Cut Above

Replacing the brand's 650S, the McLaren P14 is described by those in the know at McLaren as akin to a baby brother of the P1. At this point, it's P14 name simply represents the car's internal model code, and we can't wait to see what McLaren ultimately badges this supercar before it takes on Ferrari's 488GTB.

According to McLaren, "The McLaren F1 redefined the very concept of the supercar when it was launched in 1993.  Its spiritual successor, the McLaren P1™, would do the same 20 years later."

At this time, we're still awaiting details regarding the technology expected in the P14, but given the decreased price of the car's carbon fiber parts, thanks to a rise in production, we can confidently predict that McLaren will release the P14 with the ultimate in aerodynamics, which should give the Ferrari 488GTB a serious run for its money. 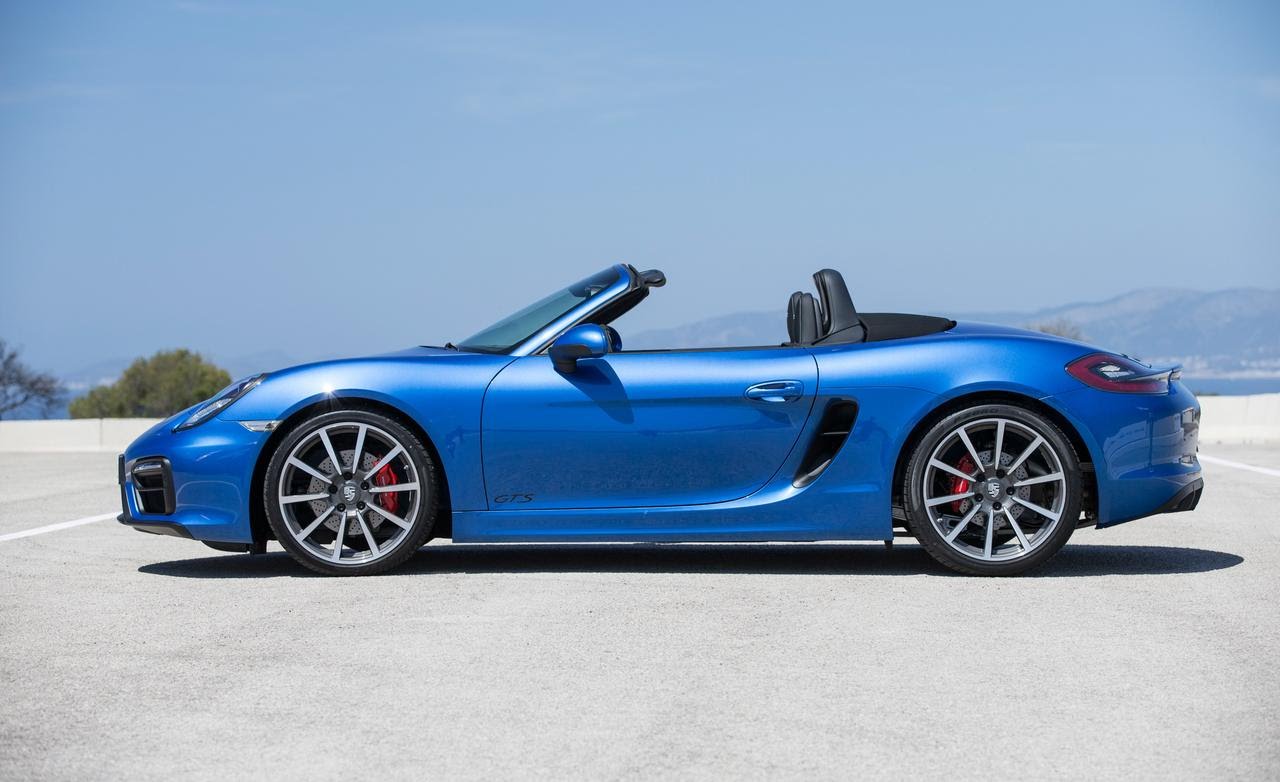 Now 18 years old, the upcoming Porsche GT4 has already been tested by the crew at Car and Driver, and this mid-engine beauty, based off the brand's own Cayman, reportedly knows how to handle itself, even better than the Porsche 911.

Borrowing the 911 GT3's electrically assisted steering system, as well as the car's standard-issue iron brakes and available carbon-ceramic brakes, the upcoming GT4 features the GT3's adaptive dampers, retuned to work with the GT4's own rear springs. Evidently, the new GT4 makes the same amount of downforce as the GT3, thanks to this design.

Operated exclusively by the six-speed manual transmission, shared by the Cayman GTS, the GT4 features a lighter-weight, dual-mass flywheel and an enhanced clutch.

In the front, the suspension makes use of reinforced forged aluminum links better able to connect with the chassis, and supported in the back by an anti-roll bar, able to adjust as needed. Poised and ready for action on forged aluminum wheels, the Porsche GT4 runs on 20-inch Michelin Pilot Sport Cup 2 tires.

Even though the new GT4 houses a bigger engine and a more muscled suspension system, the brand claims that the car's weight is on par with the Cayman S, able to produce 325 horsepower.

Performance testing, done in sunny and dry Portugal by the Car and Driver team returned impressive results. The GT4 successfully crushed the zero to sixty mph challenge in 3.8 seconds, with the quarter-mile made a memory in 12.0 seconds. Climbing from a standstill to 100 mph took 8.5 seconds, with top speeds clocked at 183 mph.

But take a look at some less than ideal testing conditions done by Autoblog in Atlanta.

As it stands now, the 2016 Porsche GT4  represents faster speed than anything from the 911 line. Priced to start at $85,595, the new GT4 is already here and ready to take on the competition. Compared to its two rivals featured here, the sticker price almost looks like a steal.

Finish Line - Full Disclosure
Each of the three cars briefly spotlighted above offer their own unique bells and whistles, raising the bar and competitive rivalry between them, based on segment expectations. Of course, those segment expectations will differ based on whether the car is defined as a sports car or supercar.

Regardless, each one of these cars was designed with one goal in mind: performance. So, the point here was not to distinguish one car from the other based on sports car vs. supercar labels, but to consider what the 2016 model year will offer with respect to muscle and track-ready roars.

Do yourself a favor and take advantage of the links and resources listed here, in addition to the wealth of online publications and reviews when considering how much muscle you want to flex in the new year.

Although buying a car online is the best way to buy a new car, we highly recommend that you test drive your target vehicles first in order to make the most informed purchase decision possible.