Every spring, the New York International Auto Show (NYIAS) takes place, and people flock north to see what’s new. We can’t say this year will be as interesting as NYIAS 2017. That’s when the 2018 Dodge Challenger SRT Demon, 2018 Jeep Grand Cherokee Trackhawk, and the 2018 Dodge Challenger Hellcat Widebody were announced. There is, however, an automaker that’s been reshaping their entire lineup since 2017, and that’s Kia Motors. Coming to the 2018 NYIAS is the next-generation of the K900 luxury sedan.

Since the debut of the 2018 Kia Stinger sports sedan, Kia Motors has talked of making cars that drive as good as they look. They also have been using every promotional opportunity possible to get the Kia Stinger out there. At first, one would think it was to build hype. Now, all of that Kia Stinger promo seems to have paved the way for the new Kia Motors lineup. 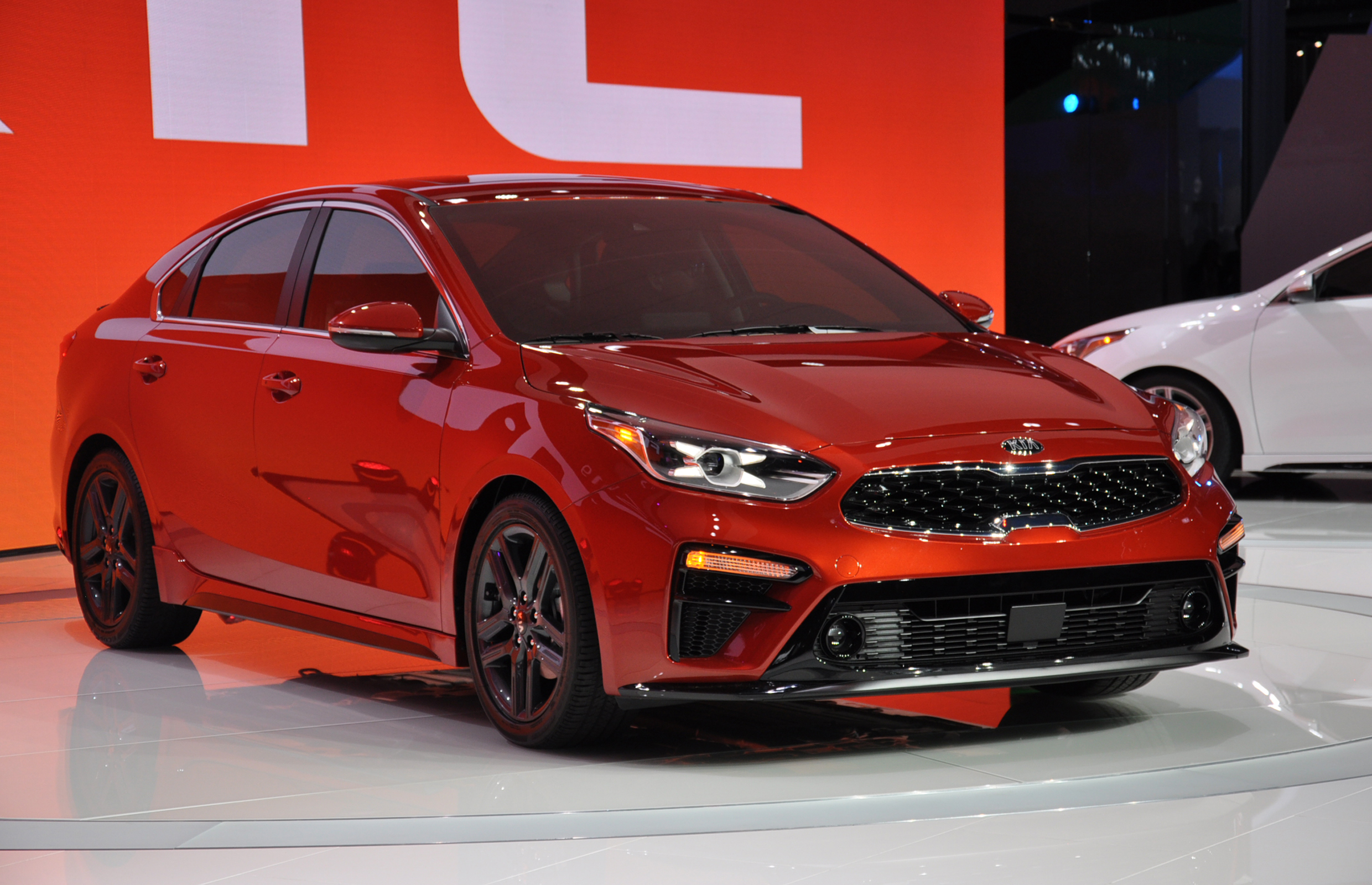 A few more changes came with the 2019 Kia Forte debut, such as small changes to its powertrain. The Kia Forte is still powered by the same 2.0-liter DOHC Inline-4 engine, but this year it was paired to Kia Motors’ new Intelligent Variable Transmission (IVT), their in-house brand name continuously variable transmission (CVT). Designed to work with a range of speeds without losing power or fuel efficiency, that transmission put the 147hp 2.0-liter engine at a combined fuel economy of 35 mpg.

Based on spy photos, we’re now seeing that the Kia Stinger has inspired the looks of another vehicle. Although still mostly sharing its look and build from previous models, we will be seeing a new design inside and out for the Kia luxury sedan, the K900. Fist off, the new style gives the front fascia a more refined look, drawing the eyes forward to the pronounced radiator grille and new LED daytime running lights. The front bumper and taillights are also seeing some changes with new shape. Together, the 2019 K900 is looking like a race car for the high class. One could easily feel like James Bond going on their next missing while trying to stay incognito.

Taking more hints from the 2018 Kia Stinger, like the 2019 Kia Forte, the Kia K900 is a little roomier inside the cabin, due to a slightly longer wheelbase. That means more room for all five passengers, and with new materials and finishes within the cabin, it just might also be a little more comfortable than previous models. The Kia Stinger pattern also continues this year in terms of standard technology. The 2019 Kia K900 is coming standard with its Lexicon infotainment system, usually reserved for the V6 Luxury trim.

The Lexicon infotainment system is known as the Lexicon®2 Discrete Logic7® Surround Sound System. That’s a total of seventeen speakers, an external amplifier, and a subwoofer. HD Radio is the standard setup, along with SiriusXM Satellite Radio, and the available UVO Luxury services keeps up with the “luxury” theme, offering direct access to features like 911 Connect and Enhanced Roadside Assist, and even has a free UVO Luxury Services app that lets the consumer connect with their K900 from anywhere for remote start, climate control, and Lock/Unlock. To top it off, the entire system is displayed through a 9.2-inch high-resolution screen display.

Two engines still make up the powertrain for the 2019 Kia K900 with a 3.8-liter DOHC V6 engine with dual continuously variable valve timing (CVVT) and gasoline direct injection (GDI) and a 5.0-liter DOHC engine with CVVT and GDI. Optimized with CVVT and GDI, the V6 generates up to 365 horsepower and the V8 can deliver up to 420 horsepower. At the moment, Kia Motors’ IVTransmission isn’t set up for the K900. Instead, a 10-speed automatic gearbox is the standard and only gearbox option known so far. Rear-wheel drive is also the standard drivetrain, but there is talk of an all-wheel drive configuration opening up for 2019.

This year, the 2018 New York International Auto Show takes place in late March, March 30 - April 8, 2018. We won’t have to wait until mid-April, but it still feels so far away. We’ll surely know more by then about the K900, and if no more spy photos show up, then we’ll be sure to have plenty of details once it debuts.

Interested to know more about this luxury sedan? You can search for plenty of new Kia models on NowCar.