The 2018 Geneva Motor Show just started and already there are plenty of concepts, modifications, and upgrades to many vehicles from tons of brands. Some of these are downright crazy to look at, but their practicality as a production vehicle, let alone one many customers will buy, are unlikely. Instead of wetting your appetite with a pie that will never bake, let’s take a look at vehicles that already have a bun in the oven.

Mitsubishi Motors stated that the automaker would show up at the 2018 Geneva Motor Show and they did not let us down. With the 2018 Mitsubishi Eclipse Cross coming out soon, outfitted with a new infotainment system (Mitsubishi Connect), patrons will get a glimpse at some of the apps available through Mitsubishi Connect. There’s still roughly two weeks for debuts and demonstrations, but so far Mitsubishi debuted beta versions of two apps. One for finding electric vehicle (EV) charging stations based on one’s location or destination, and another is a drive scoring app liken to their future artificial intelligent systems that will help drivers improve their driving in a variety of road conditions.

With the 2018 Mitsubishi Outlander PHEV finally making it to the states, we can now get a glimpse at possible upgrades going on in Geneva. There are a few aesthetic changes, such as a more prominent front grille, a large rear spoiler, and a new set of 18-inch alloy wheels added to the exterior, and for the interior, the addition of quilted leather for the upholstery, hip-hugging seats, a new instrument panel, and a revised switchgear. The Outlander PHEV will also get two new driving modes installed, Sport and Snow, and will be getting a powertrain upgrade thanks to the Nissan-Renault-Mitsubishi Alliance. We may soon see an Outlander plug-in with more than 310 miles for its total driving range. 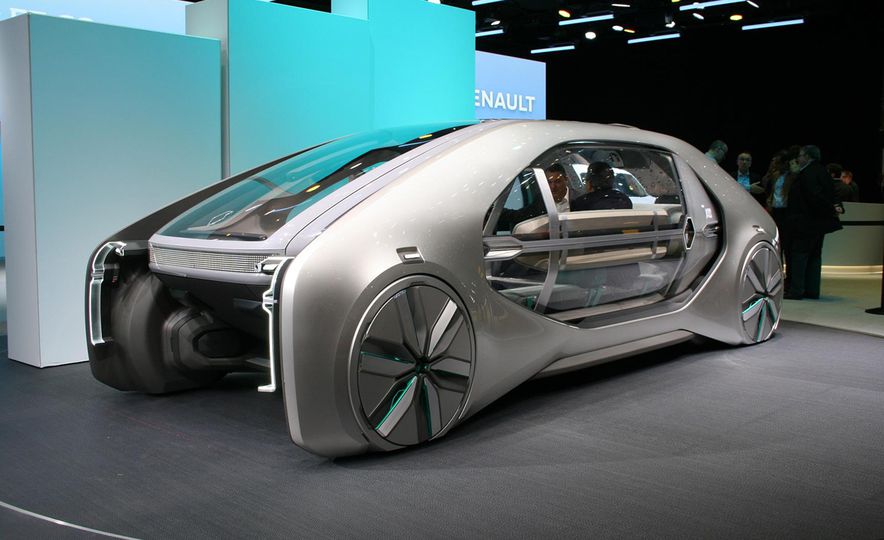 Speaking of plug-ins and electric vehicles, being that Renault is part of that new alliance, we thought talking a little about the automakers EZ-GO Concept is due. We’re not sure when autonomy will become the automotive norm on the road, but the Renault EZ-GO sure is a futuristic looking design that can double as a personal or public transportation vehicle.

Part of the Hyundai Motor Group is Kia Motors and of course Hyundai. Like Kia Motors, Hyundai is going to take their automotive lineup into a new direction for design. Coming up in the next few years may be an all-new four-door coupe, the Hyundai Le Fil Rouge. Designed with crisp lines along the car flanks and a sporty look that’s as smooth as it is aerodynamic, the interior features a wraparound dashboard with extra legroom and premium materials. Jeez, we hope no one who drives this is claustrophobic. 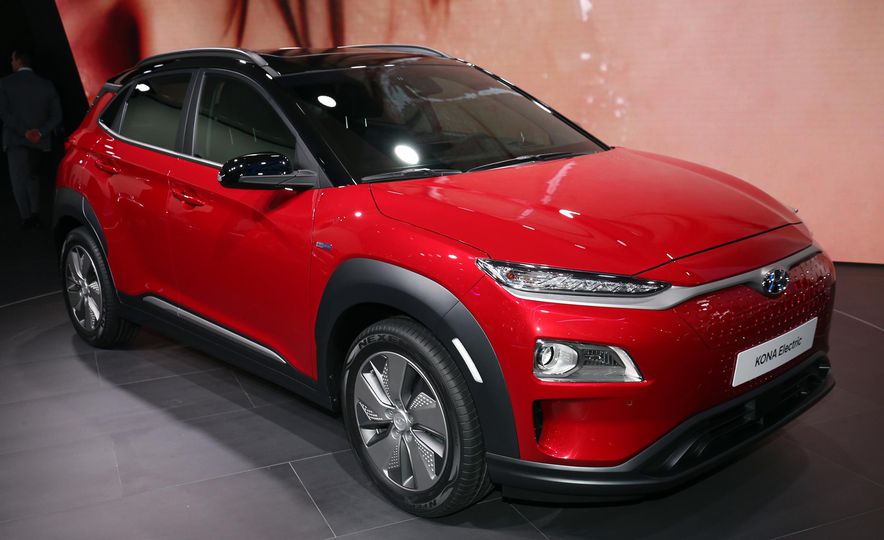 Also showing up so far is the 2019 Hyundai Kona EV. Set up to be a “long-range” version, Hyundai revealed a Kona EV that could travel over 200 miles. That will be thanks to a new 64.0 kWh battery pack. We may also see this setup, or something similar, in the next-generation Kia Soul EV, also said to be borrowing technology from the Hyundai Kona EV. In addition, the regular Kia Soul may gain some design aspects from the Hyundai Kona as well. 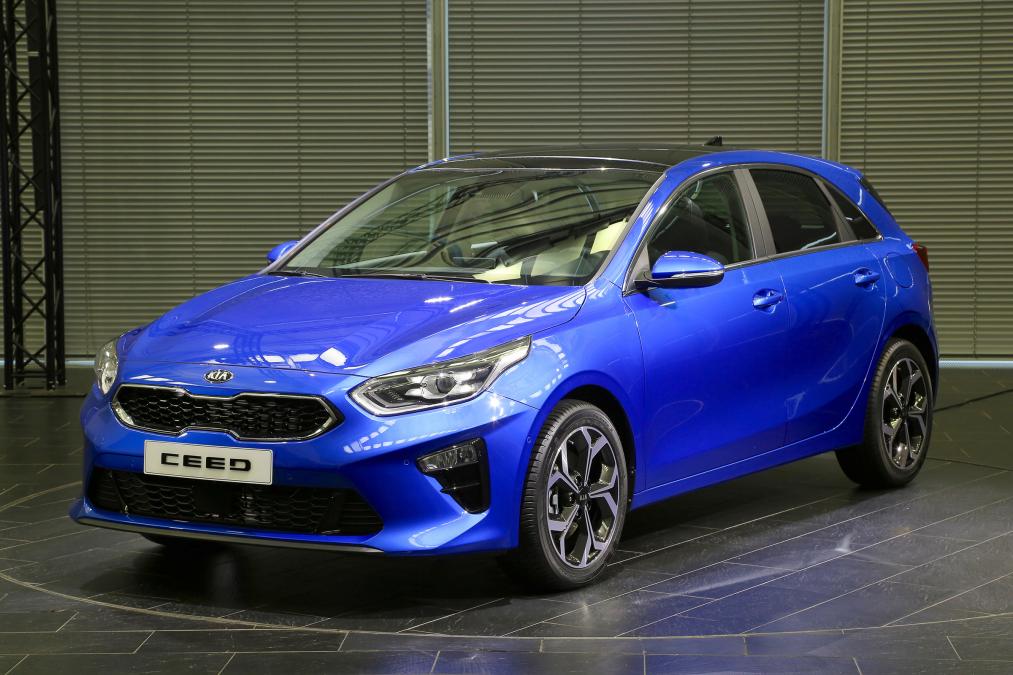 More Kia vehicles also popped up at the 2018 Geneva Motor Show. Only in Europe, the Kia Ceed and Kia Ceed Sportswagon showed up. Designed to challenge the Volkswagen Golf and Ford Focus, the Ceed has large ambitions with a longer and wider model to replace its predecessors. The lines are a little smoother and less outstanding, and the tiger-nose grille is actually a little more prominent this time around, coupled with a lower air intake and ice cube LED daytime running lights. Wide pillars make up the rear with a hatchback door, and inside the dashboard is split in two to house the touchscreen on top and all the usual controls on the bottom. 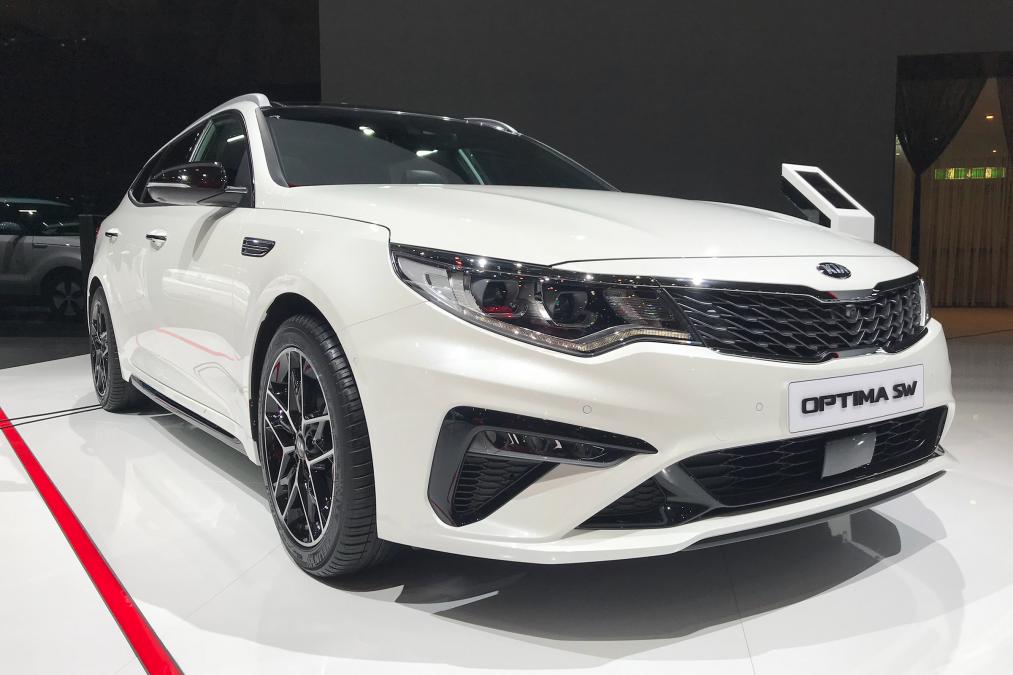 The popular Kia Optima returns with a fresh facelift and a different look. Oddly enough, it looks a little longer as well, and comes with new powertrain options and the new Kia driver assistance system. The car’s bumper has new large side air intakes, the tiger-nose grille stands out with a bright chrome finish, a new lighting signature shows up, and a new paint color is being introduced - Runaway Red. GT models will come with a nice cabin colored with two-tone black and red leather or black leather with red stitching, and on the outside, new LED fog lamps, plus 18-inch alloy wheels, gloss black mirror caps, side sills and grilles, plus new dual twin exhaust exits. 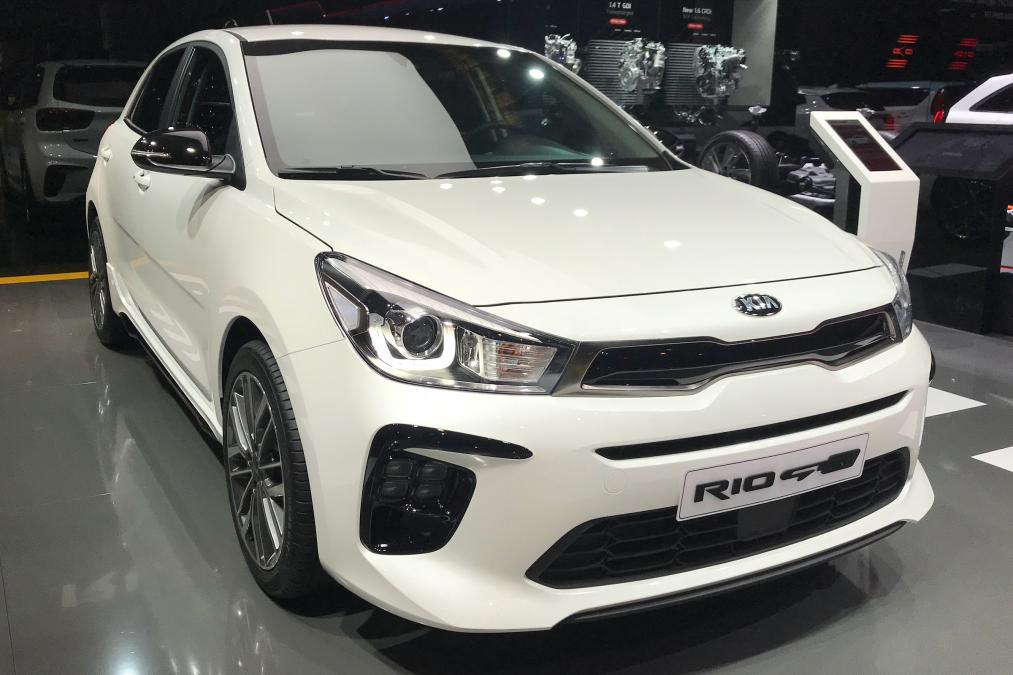 Kia Motors also revealed a new Kia Rio GT line for those looking for a sporty hatchback liken to the looks of their new 2018 Kia Stinger. To achieve this, the Rio GT will be sporting a revised Stinger-esque front grille, 17-inch alloy wheels, and a black boot spoiler. Autonomous safety features will also pop up on the Rio GT Line and a 1.0-liter turbocharged three-cylinder engine may be in the mix, pending on how the powertrain converts over to American standards. 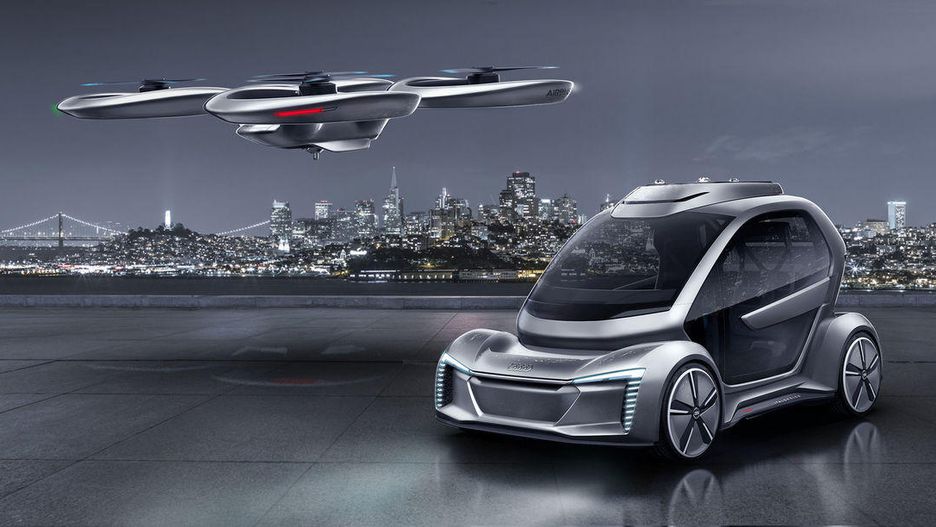 We covered a little on the Airbus and Italdesign Pop.Up during last year’s 2017 Geneva Motor Show. Think “Uber”, but instead of a hailing a ride to get through the busy streets, the Airbus is meant to be a two-part vehicle - the cabin and a very large drone. How it works is, the driver may be driving around in the ground vehicle, but if they choose to, they can send out an order for a large drone to fly over, hook onto it, and then fly the passenger the rest of the way. Both modules are fully autonomous and electric, and the new concept is coming from Audi. It’s really a cool concept that we’re hoping to see live soon.

It seems like the coolest concepts and upgrades appear at every Geneva Motor Show, and we’re just waiting to see them come to fruition. What do you think? Let us know on NowCar social media and stay tuned for more news while the show goes on.