Certain sports cars exist to give drivers the illusion of performance. Their body, design, and even their large engine block, all help contribute to that deception, but the truth is - none are as track-ready as the Mercedes-AMG GT S. Born of the Mercedes-AMG GT line, a two-door two-seat sports car produced since 2014.

Every last inch of the 2016 Mercedes-AMG GT S was designed for ultimate performance. The exterior design and components, the engine block under the hood, and even the driver-centered cockpit, all come together to deliver a powerful ride every time.

The GT S comes standard with all of the power of a handbuilt engine, designed by race car drivers. Technology is no stranger to the new GT S, and is incorporated throughout the sportscar in nearly every arena. Ultimately, the Mercedes-AMG GT S was designed to perform.

Offered in only one trim level, the 2016 GT S comes equipped with everything a sports car ever needed, and then some. 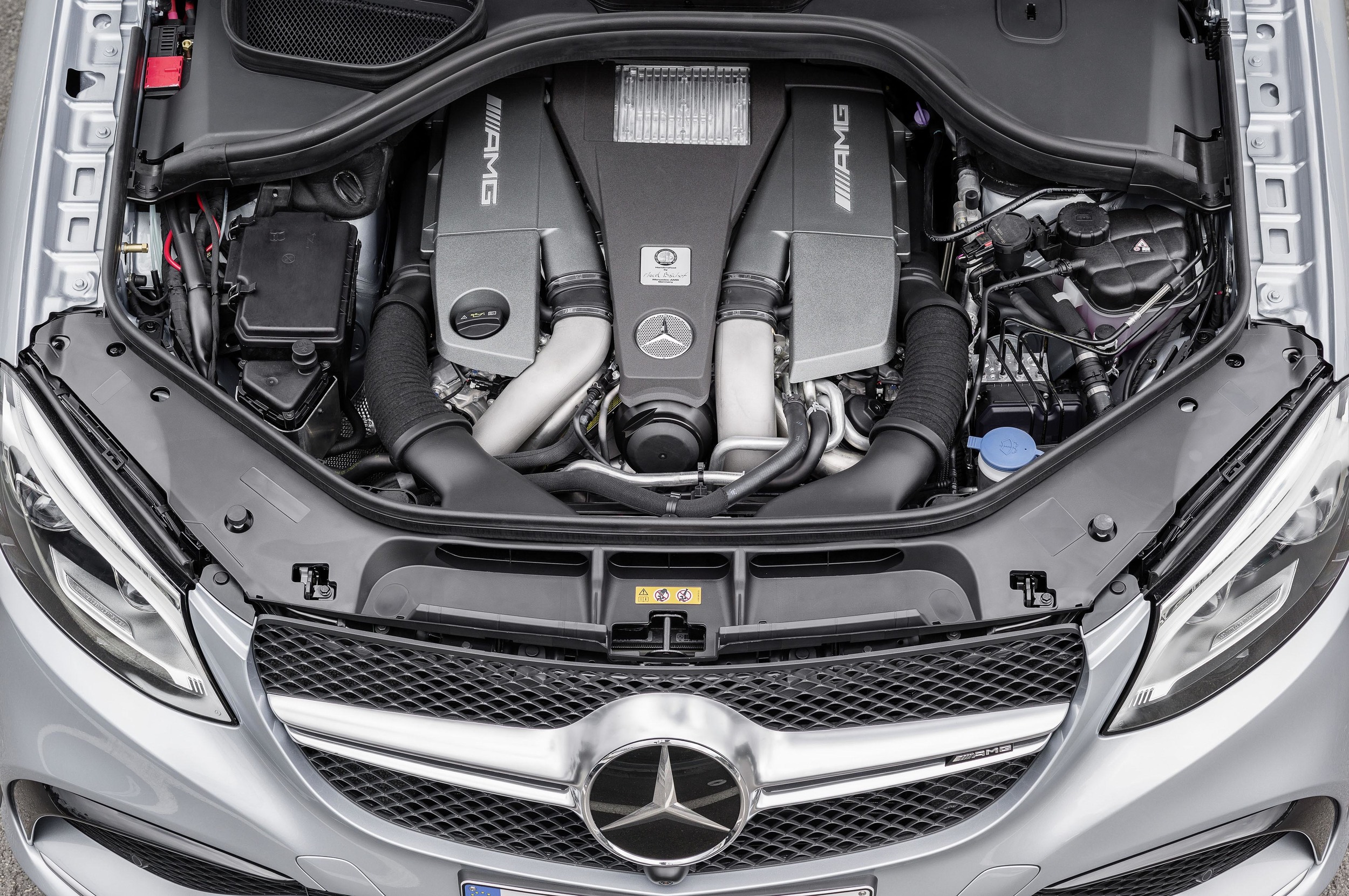 AMG Performance Around Every Turn

The 2016 Mercedes-AMG GT S was expertly engineered by racecar drivers, to ensure the greatest possible performance both on, and off, the track.

The heart of the 2016 GT S is a hand-built biturbo V8 engine. This 4.0-liter powerhouse makes 503 horsepower, and 479 lb.-ft. of torque. All of that power is thanks to the twin turbos mounted inside the V force-feed of each Direct Injected cylinder, delivering passengers from 0 to 60 miles per hour in just 3.7 seconds.

Perfectly paired with this powerful engine, is a rear-mounted 7-speed AMG Speedshift DCT transmission. Linked to the GT S’ engine by a carbon fiber driveshaft, this configuration gives a 47:53 front/rear balance ratio to the car.

A powerful engine and speedy transmission are pointless, unless they are paired with a performance minded suspension. The GT S features an AMG Adaptive Suspension, designed specifically for the 2016 GT S.

The suspension was crafted in a double-wishbone four-wheel configuration, allowing drivers to stay in control around every turn in the road. Composed of lightweight forged aluminum, the suspension is incredibly rigid and at the same time, lighter than ever before.

Electronically controlled damping is also incorporated into the suspension, for a ride that is even more controlled, both on and off the track.

The 2016 Mercedes-AMG GT S comes standard with all of the above advanced technology and design, but for drivers who are seeking an even higher level of performance, the AMG Dynamic Plus Package is available as an optional upgrade.

Computer controlled dynamic transmission and engine mounts are filled with a magnetorheological fluid, that can be stiffened by an electrical current for even more precision and control. An AMG Performance steering wheel is also included in this package, which is available for a total cost of less than $3,000.

The powerhouse engine is not the only performance aspect of the 2016 Mercedes-AMG GT S. The interior cabin and cockpit was purposefully designed with the driver in mind. Featuring an incredibly stunning interior, the cockpit of the GT S is where luxury, technology, and performance fuse together for perfect functionality.

The cockpit’s design was inspired by the precision of aviation, and features striking instruments all surrounded by crisp chrome accents. The seats inside of the GT S were designed to envelop passengers in a comfortable, supportive, and functional environment that inspire performance.

Supple Nappa leather upholstery is used throughout the cabin, and drivers can choose from a large array of fine leather trim options, differentiating their GT S from all others on the road.

One of the most intuitive control systems inside of the AMG GT S is the AMG Drive Unit with E Select. This advanced controller sits prominently on the center console, and allows drivers to access pertinent vehicle commands at their fingertips.

Easy to select push buttons give the driver instant control over the three-stage ESP system, suspension, shifting, exhaust, and the ECO start/stop function.

The Racetimer feature allows drivers to record their lap times on dedicated racing circuits, for added an added performance perk. 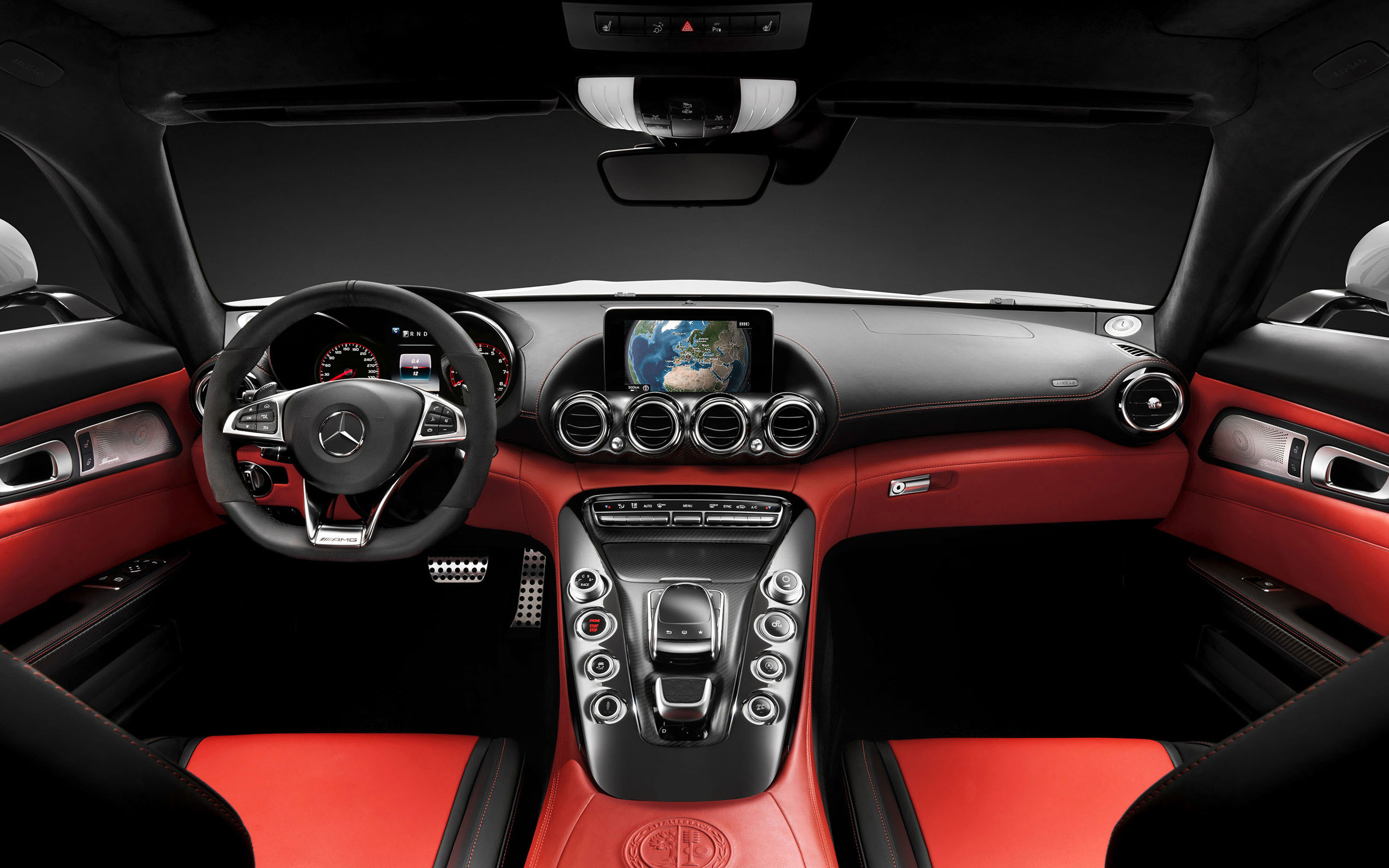 Technology and Convenience for All

The 2016 GT S may have been designed to perform, but the interior cabin also features plenty of amenity features for all passengers. An 8-inch high-resolution color display sits as a freestanding unit in the cockpit, offering convenient control over entertainment, navigation, and hands-free calling features.

A Burmester Surround Sound system allows for ultimate listening pleasure, and features ten high-quality speakers, and an amplifier. Dual USB audio ports allow passengers to plug-and-play directly from their mobile device, and even charge their devices on the go.

All the power under the hood of the 2016 AMG GT S is fully protected by the expansive list of standard and available safety features.

The 2016 Mercedes-AMG GT S carries the AMG badge, and lives up to every expectation that comes along with its name. The powerful engine, impressive performance technology, and the driver-centered cockpit all come together to create the all-new GT S for 2016.