The Honda Pilot made its North American debut back in 2002. The midsize crossover is the largest sport utility vehicle in Honda’s lineup, featuring three rows of seating and can accommodate up to eight total passengers. The Pilot was produced in Ontario for the first five model years, before it’s manufacturing was moved to Lincoln, Alabama - right here in the United States.

The 2016 Honda Pilot was completely redesigned for 2016, and is the first model in the vehicle’s third generation. The 2016 Honda Pilot is also the most powerful and most capable iteration in the nameplates history. Equipped with a long list of standard safety features, the 2016 Pilot received numerous upgrades - including an all new trim level. The Honda Pilot Elite offers more high-end standard features for those looking for a more unique driving experience. The all-new 2016 Honda Pilot offers drivers the most impressive interior and exterior features to date, sure to impress even the pickiest of drivers.

The Honda Pilot offers drivers a unique SUV experience, and comes with an impressive fuel economy, seating for up to eight, and an affordable starting MSRP. The Honda Pilot easily beats out the competition, offering better value, more standard features, and one of the best engines in its class.

When Honda engineers designed the all-new 2016 version of the SUV, they equipped it with the best possible engine. The advanced drivetrain is so impressive, in fact, that it is the only engine offered on the Pilot for this model year. The all-new 3.5-liter direct-injected SOHC V6 comes from the Earth Dreams Portfolio, and is shared with the Honda Accord. With an impressive 280 horsepower, 262 lb.-ft. of torque, the all-new engine is more powerful than the engine available on previous Pilot model years - adding 30 extra horsepower, and 9 lb.-ft. of extra torque. For drivers who need to transport large items, it will be a breeze with the Pilot’s AWD towing capacity of up to 5,000 pounds.

The first three model levels, the LX, EX, and EX-L, come equipped with a six-speed automatic transmission, while the Touring and Elite both come standard with the automaker’s first ever 9-speed automatic transmission. The 9-speed transmission features shift-by-wire and steering wheel mounted shift paddles, for a more dynamic driving experience. To top off the new powerful engine on the 2016 Pilot, all models with the exception of the LX, are fitted with a new Intelligent Traction Management system, and all models have all-wheel-drive as an available option. 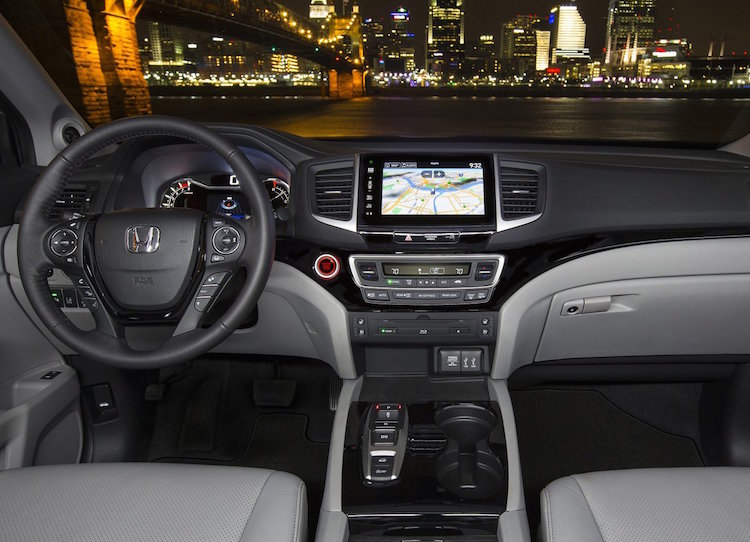 The Honda Pilot has not traditionally been a high-end or luxury SUV. In 2016, Honda changed that preconceived notion, with the creation of its Elite trim level. The Elite model is the highest-end trim level, offering drivers more standard features, luxury amenities, and advanced in-vehicle technology than any other model in Pilot’s history.

Drivers can expect Honda’s nine-speed automatic transmission, and up to 22 miles per gallon of combined fuel economy. Compared to the middle of the road EX-L model, the 2016 Honda Pilot Elite has it all. Check out the following standard features on the Elite, that the lower trim levels can’t offer.

Exterior - Everything about the 2016 Pilot Elite model is upscale. Check out what the highest-end trim level features, that the lower trim levels leave behind.

Interior - As with the exterior on the 2016 Pilot Elite, the interior also boasts an impressive array of standard features that other trim levels don’t offer.

Safety - Packed with advanced and active safety features, the 2016 Honda Pilot is safer and more secure than ever before.

It is clear that for those drivers who seek pure luxury, the only choice is the 2016 Honda Pilot Elite. The highest-end luxury trim level of the Pilot has a starting MSRP of just $46,420, and includes all of the above features as standard equipment. For those wanting to stretch their money a little farther, and who don’t want to sacrifice luxury amenities, the Elite model is the perfect fit. 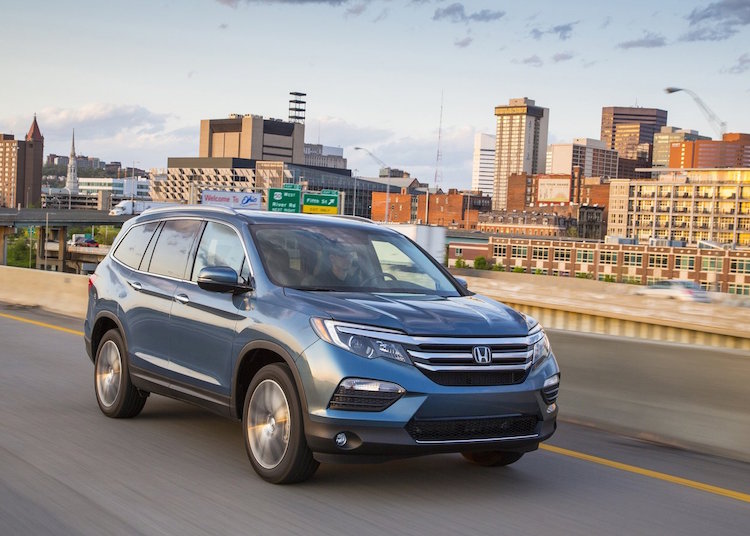 The 2016 Honda Pilot is the largest SUV in the automaker’s lineup. With seating for up to eight passengers, and impressive fuel economy - the Honda Pilot is the smart choice for drivers who are looking for that perfect SUV. The Honda Pilot gets up to an EPA-estimated 19 miles per gallon in the city, and has an entry level MSRP of only $29,995. The 2016 Pilot has enough room for everyone you need to bring along, and all of their stuff.

Featuring up to 109.2 cubic feet of cargo space, the Honda Pilot can help you reach your destination with whatever you need to bring along.