Based on the Chevy II Nova, the Malibu has been a staple in the Chevrolet lineup since it’s first appearance in the 1960s.

The four-door sedan offers drivers a unique experience behind the wheel, while providing passengers with plenty of room and a comfortable ride. The most recent complete redesign took place in 2013, and underwent a minor refresh for the 2014 model year. The 2016 Malibu offers drivers a fresh new look at the familiar sedan.

The 2016 Malibu is the first model year for the vehicle’s ninth generation, and offers drivers a larger sedan than previous generations. More technology and advanced safety features than ever before are included in Chevrolet’s newest Premier trim level, including Teen Driver technology. The nameplate will also be expanding it’s lineup by adding a hybrid sedan later this year.

Everything about the all-new 2016 Chevrolet Malibu is helping the sedan redefine it’s name, with more style, technology, and efficiency than any previous model year. 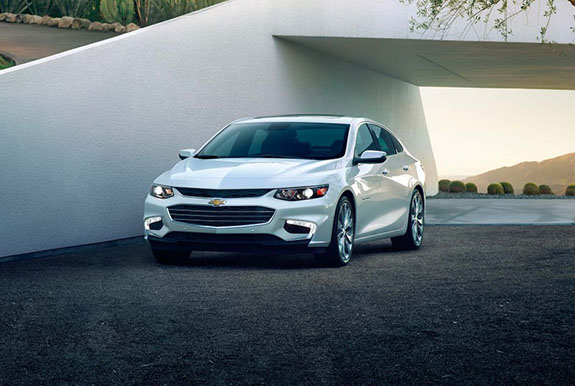 When Chevrolet set out to design the all-new 2016 Malibu, one thing consistently was brought to the attention of engineers: size.

Drivers of the Malibu wanted the vehicle to offer more space than previous model years, and Chevrolet answered. The 2016 Malibu is longer than ever before, and also offers improved fuel efficiency over the outgoing generation.

Along with the added four-inches to the wheelbase, the Malibu lost nearly 300 pounds, helping it achieve an impressive fuel economy of 37 miles per gallon on the highway.

This EPA-rating is thanks also in part to the all-new Ecotec 1.5-liter turbo engine that comes standard on the 2016 Malibu, and features a six-speed automatic transmission. The new engine keeps fuel cost down by the utilization of stop/start technology, and active grille shutters that reduce aerodynamic drag.

The increased fuel economy does not compromise the sedan’s power. Packing in an estimated 160 horsepower and 184 lb.-ft. of torque, the 2016 Malibu does not disappoint in the power and performance department.

The 2016 Chevrolet Malibu doesn’t only see improvements under the hood. The newly designed sedan also features the following brand-new highlights: 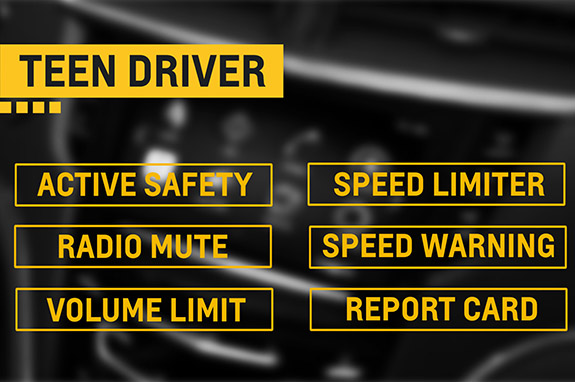 Chevrolet will be debuting it’s newest high-level trim designation on the 2016 Malibu sedan, known as the Premier Trim.

The highest option available on the mid-size sedan will offer more standard features than ever before, and more closely resemble a luxury sedan, than previously. One of the most notable technology that will be employed in the 2016 Malibu Premier trim is the Teen Driver safety system.

Parents can rest easy knowing that the 2016 Malibu is helping their teen stay on the straight and narrow. A few of the features that Teen Driver offers include the following:

Parents can’t always been in the car with their teen, but these unique features help them keep their teenage-driver practicing safe habits while behind the wheel.

Parents can put limitations on the vehicle’s system by muting audio or any mobile device paired with the vehicle while the driver and front-seat passenger aren’t wearing their seatbelts. Audible and visual warnings will also be set off when the vehicle travels over predetermined speeds.

Parents can view on a display statistics regarding how their teenager drove including:

The 2016 Malibu gives parents control over their teenager’s driving habits, keeping them safe on the road, and allowing parents peace-of-mind from the comforts of home.

The General Motors and Chevrolet engineers are taking notes from the plug-in Volt, and applying some of that technology in an all-new 2016 Malibu Hybrid.

With an estimated combined fuel economy of 47 miles per gallon, the Chevrolet Malibu Hybrid model will offer drivers efficiency, without sacrificing style, comfort, or driving dynamics. The most obvious factor that differentiates the Volt from the Malibu is size. The Malibu Hybrid will offer drivers who seek a larger sedan, the ability to maintain impressive fuel economy without sacrificing much-needed space.

The Malibu Hybrid starts off with the direct-injection 1.8-liter four-cylinder engine, and adds to it a two-motor drive unit similar to the one used on the Chevy Volt. The 2016 Malibu Hybrid will achieve an impressive 182 horsepower of total system power, and features Chevrolet’s first employment of Exhaust Gas Heat Recovery (EGHR). THe EGHR technology works to improve engine warm up by ensuring consistent fuel economy performance in cold weather.

An 80-cell 1.5 kWh lithium-ion battery pack powers the electric side of the Malibu Hybrid, and can achieve up to 55 miles per hour on electricity alone. To ensure a smooth driving experience, the gasoline engine automatically powers on at higher speeds for a seamless transition that will go unnoticed.

The 2016 Chevrolet Malibu is a completely redesigned full-size sedan that offers drivers more options and inclusions than ever before. It is not only breaking standards, it is a true crowd stand-out.