Since 1985, the Nissan Pathfinder has been seen driving through American suburbs, down highways, and through off-road terrain. The popular crossover utility vehicle sits between Nissan’s Murano and Armada in terms of size, and is priced between the Nissan Xterra and Murano.

Currently in its fourth generation, the 2015 Nissan Pathfinder offers drivers more standard features than ever before, and for the first time offers an all-wheel-drive option on all four of its trim levels.

The Nissan Pathfinder is no stranger to earning awards, and the 2015 version is no exception to that fact. With great options, more standard features, and with AWD offered on every model, the Nissan Pathfinder is more versatile and affordable than ever before. While driver’s get a lot with the base model, the next level up, the SV, offers more features and perks for the price. The Honda Pilot is one of the Pathfinder’s toughest competitors, but for 2015 - Nissan’s CUV blows the Honda Pilot out of the water. 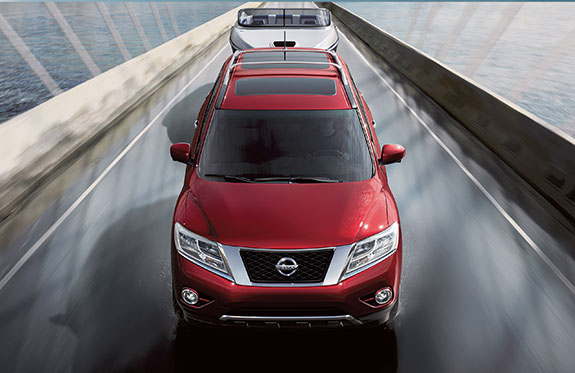 This list represents only a few of the awards that the Pathfinder has earned in 2015, with much more coming as the year goes on. 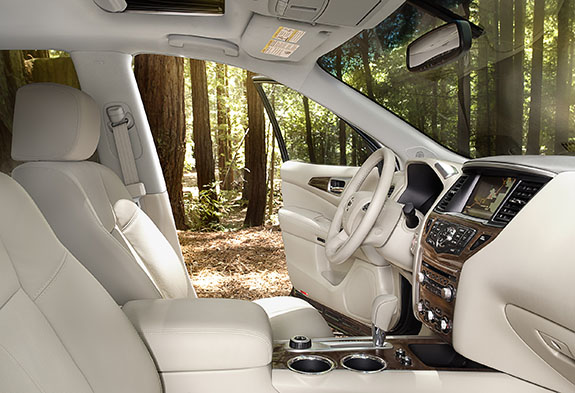 The base Pathfinder S model has a starting MSRP of only $29,630. For under $30,000, drivers get a list of great basic standard features such as 18-inch aluminum-alloy wheels, Advanced Drive-Assist Display, and a Tri-Zone Automatic Temperature Display. For those drivers who are looking for a bit more, without breaking the bank, the 2015 Pathfinder SV starts at just $32,990 and offers a host of added amenities. Check out the list below to see what the 2015 Nissan Pathfinder SV offers, that the base model leaves behind.

Exterior - All Pathfinder models feature the distinct look that distinguishes it from other CUVs on the road. Check out what the SV adds, to give it just a little more pizazz on the open road:

Entertainment Features - Entertainment and technology are welcome additions to all vehicles on the road today. Check out what the Pathfinder SV includes, that the base S model leaves out:

Safety - The 2015 Nissan Pathfinder SV comes with all of the same standard safety features as the base S model, with the exception of an added Tire Pressure Monitoring System with individual tire pressure display and easy-fill tire alert system, on the Pathfinder SV.

It is easy to see why driver’s who want more than what the base Pathfinder offers, but who don’t want to break the bank, can find a happy place with the 2015 Pathfinder SV. With all trim levels for 2015, driver’s can also opt for an AWD system, making it even more affordable to have a higher performing vehicle, without going with the top of the line trim. 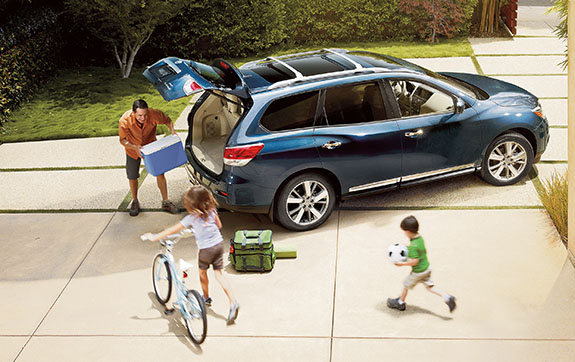