The Nissan Altima is the automaker’s number one selling model, competing in the mid-size sedan segment in the United States. First introduced in 1992, the Altima was a continuation of the Nissan Bluebird line that began back in 1957. The Nissan Altima has been the second best-selling car in the United States, and is manufactured in both Smyrna, Tennessee, and Canton, Mississippi.

The mid-size sedan is currently in its fifth generation, and did not receive a significant overhaul for the 2015 model year. The 2015 Nissan Altima is more efficient than previous model years, and offers drivers more standard features than ever before. With seven different trims to choose from, it can be hard to narrow things down. The Nissan Altima 2.5 SV, offers drivers excellent segment value, with a long list of standard features.

More Efficient Than Ever Before 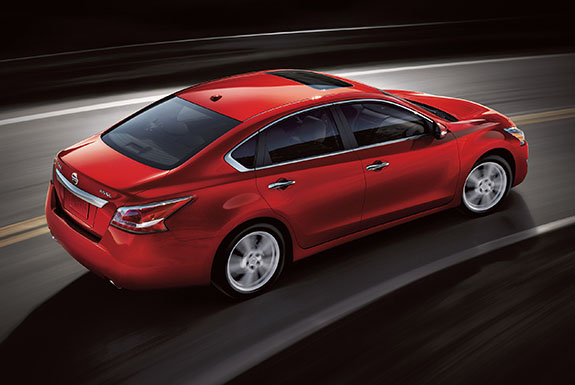 The 2015 Nissan Altima impresses in both style, and efficiency. Surpassing previous EPA-estimated fuel economy numbers, the Altima requires fewer stops at the pump, and is able to spend more time on the open road.

For the 2015 model year, the Nissan Altima received a lighter chassis, engine body, and enhanced aerodynamics. The mid-size sedan can go from 0-60mph in less time, and offers drivers the best fuel economy to date. With the 182 horsepower 4-cylinder engine, drivers can expect an estimated 38 miles per gallon on the highway. This impressive number is up from previous model years, helping drivers save in both stops, and paying too much at the pump.

The 2015 Altima also features better handling, thanks to the Active Understeer Control system, that helps drivers take corners more smoothly, and inspires confidence behind the wheel. The redesigned rear suspension complements the control system, and features instant steering response, and maximum tire contract for better handling. Simply put, the 2015 Nissan Altima is a driving powerhouse, unlike anything we have ever seen from this model.

New Features for All Trim Levels 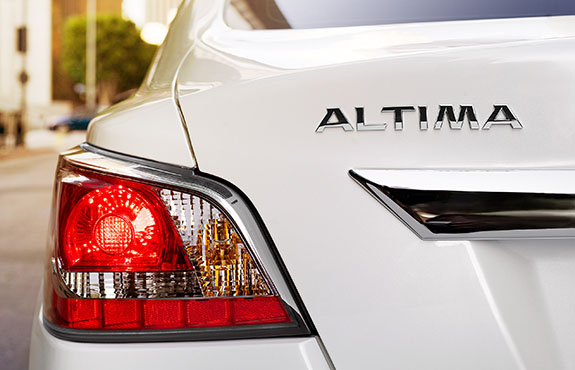 While the 2015 Nissan Altima did not receive a complete overhaul, it did get a decent list of upgraded standard and available features. With the base model starting at just $22,300, and the top of the line model at $31,950 - there are plenty of options to choose from. Some of the new standard and optional features include:

Choose the Altima 2.5 SV for the Best Overall Segment Value

With a starting MSRP of just $24,720, the 2015 Nissan Altima 2.5 SV offers impressive value. With seven different trim level options, it can be hard to weed through all of the features, and come  up with the perfect Altima option.

The 2.5 SV is the middle of the road Altima, that has impressive standard features, without going overboard. Just $2,000 above the 2.5 S, the 2.5 SV has more added features for the price point. Check out what it includes below:

The Altima 2.5 SV comes standard with a 2.5-liter DOHC 16-valve 4-cylinder engine. With 182 horsepower, and 180 lb.-ft. of torque, this Altima delivers the power and precision needed on the open road. With a standard continuously variable valve timing control system, a variable induction system, Nissan’s direct ignition system, and electronic drive-by-wire throttle - the Altima 2.5 SV is more than impressive. The standard Xtronic continuously variable transmission rounds out the powerhouse

The exterior appeal of the 2.5 SV is much greater than the 2.5 S. Featuring standard 17-inch aluminum-alloy wheels, the 2.5 SV looks great from the ground up. Check out what else it includes standard on the exterior of the Altima:

The comfort and convenience of a Nissan Altima is present regardless of which trim level is chosen. The 2.5 SV, however, does offer a slight advantage above the lesser trim levels. It includes the following interior convenience and comfort amenities as standard features:

For drivers who want that extra level of entertainment, the Altima 2.5 SV offers the perfect solution.

The Altima 2.5 SV comes equipped with the same standard safety features as the 2.5 and 2.5 S. The difference in trim level safety, comes in optional safety equipment. Drivers can opt to pay extra for the following safety technology on the 2.5 SV, that is not available at all on the 2.5 or 2.5 S.

For Altima drivers who seek a model that offers great standard features, without breaking the bank, the 2.5 SV is the perfect option. The next trim level up has a starting MSRP of $28,150 - nearly four thousand dollars more than the 2.5 SV. With only a few added extras to the SL trim level, the extra cost may not be worth it to the budget-savvy driver.