The Kia Optima has been gracing the American streets since it first arrived from the Korean automaker back in 2000. Fifteen years later, the Optima is one of Kia’s best-selling nameplates, and one of the most popular mid-size sedans on the road today.

The first generation model was based off of the Hyundai Sonata, offered with luxury updates and superior exterior styling. The mid-size sedan has received various updates and revisions in it’s fifteen years, even offering consumers a hybrid option in the U.S. market. The Optima Hybrid went on to set a Guinness World Record for “Lowest Fuel Consumption in a Hybrid Gasoline Vehicle,” averaging 64.55 miles on a cross-country roadtrip touring 48 states.

Aside from impressive efficiency, the Optima has also garnered fame as an official entry in the Pirelli World Challenge in June of 2012, making a name for itself in the racing circuit.

The interior of the Optima is just as impressive as the exterior, featuring a next-level degree of comfort, style, and luxury for the price. The interior seating was completely updated for 2015, making for a more comfortable ride, a more spacious cabin, and more available amenities than ever before. The ventilated leather-seating option is just one of the areas that other sedans in its class simply cannot compete with the Optima.

The 2015 Optima also outdoes the competition in the performance arena, blowing past competitors like the Toyota Camry, and the Hyundai Sonata.

The 2015 Optima starts at just $21,690, and offers consumers multiple trim levels for maximum customization. The 2015 Kia Optima is the obvious choice for consumers who want to see their money go as far as possible, all while retaining a high level of luxury, performance, and style.

For most automotive consumers, having options is important. With the 2015 Optima, drivers have more options than ever before. Five trim levels represent five different levels of price and amenities, without sacrificing performance, style, or safety.

In fact, each one of the trim levels come standard with all of the latest safety features Kia drivers have come to expect.  Exterior features of each trim level are also generally the same.

Check out each one of the unique trim levels and their starting MSRP below.

If power and performance are important, than the Optima SX Turbo is the perfect choice for you. Featuring an increase in both horsepower and torque by staggering numbers, an engine displacement of 1998, and a 2.0L I4 engine, make that all possible.

The turbocharged GDI engine under the hood of the 2015 Kia Optima SX Turbo and SXL Turbo offers drivers who seek that extra amount of power, an excellent option in a mid-size sedan.

Go Farther for Less with the 2015 Optima Hybrid 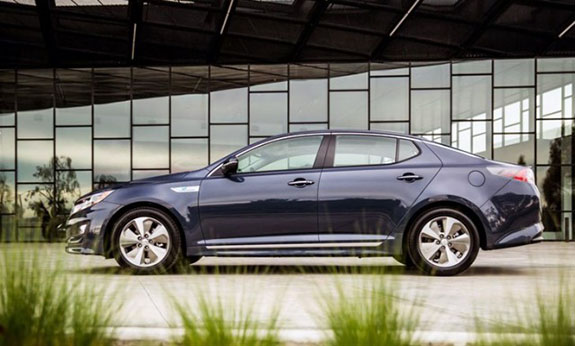 If increased fuel economy is on your list of “must-haves” in a new car, than the 2015 Kia Optima Hybrid should be at the top of your list to consider buying. Compared to the gas-powered Optima EX, the Hybrid EX comes in about $7,000 more expensive, with a starting MSRP of $32,150. Despite the higher sticker price, the Hybrid Optima more than makes up for it in saved money at the pump.

For more money saved over time, the 2015 Kia Optima Hybrid is the perfect choice for consumers. The cost of ownership is much lower than comparably equipped vehicles, and features even more advanced standard features and technology.