At the same time when minivans were gaining in popularity, Honda made the bold decision to create a compact crossover - the Honda CR-V. When it first rolled off the assembly line in 1995, Honda was one of the only automotive manufacturers to enter into the compact crossover segment. The compact, but roomy crossover has seating for up to five, and plenty of room for all of their cargo.

Currently in its fourth generation, the 2015 Honda CR-V did not undergo any major transformation, but it did receive quite the facelift for its newest model year. As they always have been, Honda is committed to in-vehicle safety. The 2015 CR-V is no exception to their high safety standards, and is well-equipped with both active and passive safety features.

Deciding between crossover vehicles can be tricky, but the 2015 Honda CR-V outperforms its competitors in head-to-head comparisons every time. The 2015 Honda CR-V is once again, setting the standard very high for the compact crossover segment that it helped pioneer.

Significant and Welcome Updates for 2015 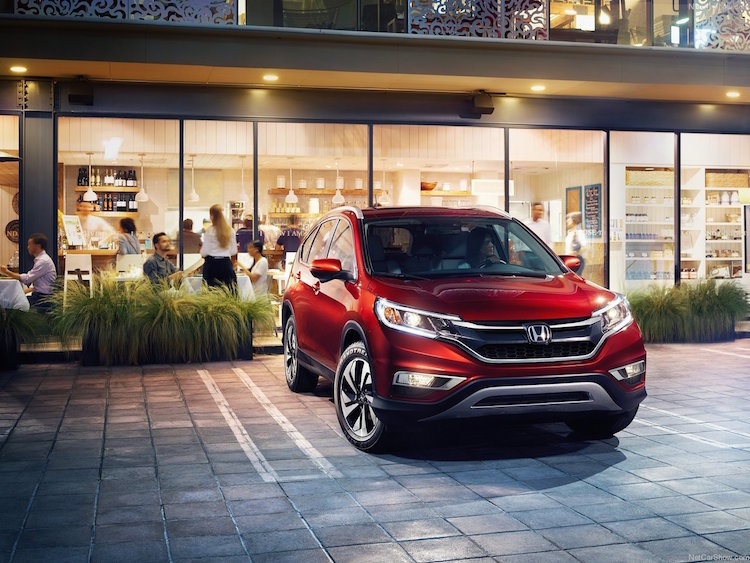 The 2015 CR-V did not receive any major generational changes, as it is still rounding out the end of its fourth generation. The Japanese automaker did however, give the 2015 CR-V enough updates and tweaks that are worth noting.  Some of these changes are rather significant, and range from outward appearance, to changes in powertrain and safety features.

Throughout all of the trim levels, the exterior improvements include, a new front fascia, revised grille, redesigned headlights, and an available power tailgate - the Honda design team changed the CR-V exactly where it needed improvement, and kept it the same where it did not. The all-new two-slat grille features a mesh insert with chrome accents, which replace the older three-bar grille look of previous model years.

Each one of the CR-Vs trim levels also received various updates - check out what has changed in each CR-V model for 2015:

LX - This base model now includes the following as standard features for 2015:

EX - The next level up on the CR-V model ladder also features a suite of brand new features. The new standard features include:

EX-L - This trim level received all of the new features of the first two CR-V models, as well as an auto-dimming rearview mirror, and an HD Radio.

Touring - This newer CR-V trim level includes all of the previously mentioned standard features, as well as this list of premium upgrades - as standard equipment:

When engineers redesigned the 2015 Honda CR-V, they left nothing to chance - especially when it came to safety. The compact SUV has not only set the standard for safety in its segment, but it has raised the bar for all other compact SUVs. The 2015 Honda CR-V is so safe, that the Insurance Institute for Highway Safety named it a Top Safety Pick+ for 2015 - the highest possible safety rating from the organization.

Thanks to major advancements in automotive safety technology, Honda was able to equip the 2015 CR-V with more advanced safety features than any other past model. Check out a few of the technologies that the CR-V features for 2015:

Honda Sensing - This brand new suite of safety features has never been incorporated into another Honda vehicle, until now. The CR-V is the first to apply this advanced safety suite of technologies. Honda Sensing utilizes a new sensor fusion technology that fuses the capabilities of a windshield-mounted camera and front grille-mounted millimeter wave radar system, for enhanced sensing.

The system works to identify and anticipate multiple collision scenarios, even those that involve pedestrians. The system then alerts the driver with a series of warnings, and can even initiate emergency braking. The list of safety features included with the available Honda Sensing package includes:

Advanced Compatibility Engineering (ACE) - This body structure works to improve crashworthiness with more than 60 engineering changes to improve stiffness and collision performance. Door frames, and side frames are also strengthened. The overall purpose of this new body structure is to improve safety for occupants of the CR-V and the occupants in the other vehicle, when involved in a crash.

Standard Safety Equipment - All Honda models include a long list of standard safety features which include:

Staying Ahead of the Competition 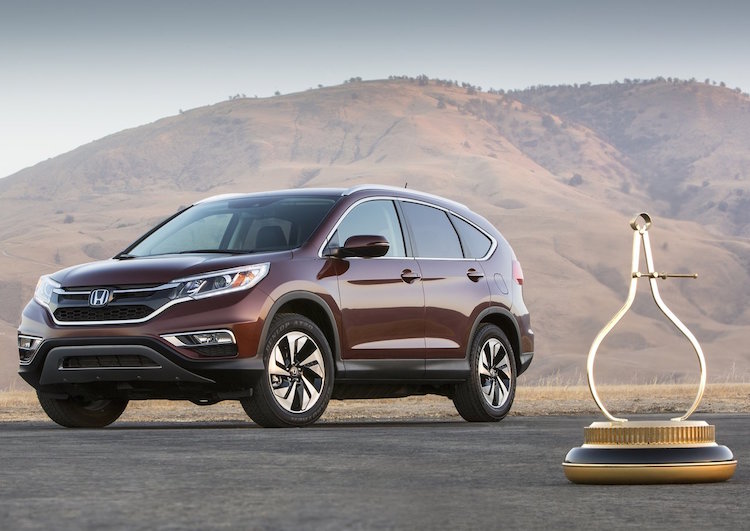 In the three areas that matter most, the 2015 Honda CR-V not only stays ahead of the tough competition, it crushes it.