The Chrysler 300 has been around for quite a long time. First introduced as a 1955 model, the 300 exuded luxurious class, and was built for solely to house the newly engineered HEMI engine. The two-door hardtop car has seen various iterations, makeovers, and changing identities.

The latest version of the Chrysler 300 is a rear-wheel drive spectacle, still housing the HEMI engine, but this time around it’s an all-new V8, and more closely related to the original 1955 model than its predecessors.

The 2015 Chrysler 300 is enjoying it’s tenth generation, and is officially redefining what it means to be a luxury car in America. With the high-end Platinum trim level option, drivers can optimize everything the 300 can possibly offer.

Consumers can also choose between different performance options, all new for the 2015 model year. 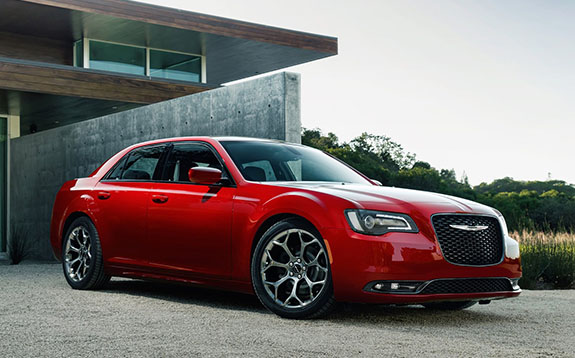 The 2015 Chrysler 300 is not the car it once was. With an updated interior and exterior, the 300 exudes more class than ever before. While some of the updates are minor, they all come together to create a 300 sedan that has never been seen before.

The 2015 Chrysler 300 still maintains the same overall shape that has helped the sedan stand out amongst the competition. Both the front and rear ends have been given updated looks, including the addition of modern LED accent lights, and a nighttime lighting signature.

Chrysler didn’t just set the bar high when designing the 2015 300, they set a whole new bar altogether. The cabin was completely reimagined by Chrysler designers, featuring the highest standard when it comes to the materials used throughout the 300’s interior.

The 2015 Chrysler 300 comes standard with a 3.6-liter Pentastar V6 engine that boasts 292 horsepower. Also available is a V6 engine that produces 300 horsepower, and a 363-horsepower V8 engine. Each one is more than enough to provide the level of power and performance that Chrysler 300 drivers have come to expect.

Everyone Wants to Go Platinum 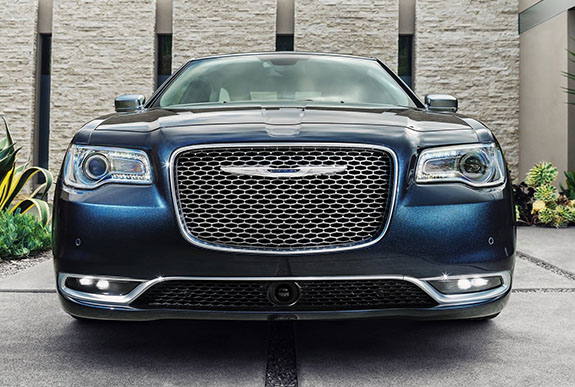 For top-of-the-line luxury in nearly every way, the 2015 Chrysler 300 Platinum is the only way to go.

Starting at $42,395, the 300C Platinum is the absolute only choice for prestigious luxury. The exterior of the 300C Platinum features a distinct platinum chrome exterior detailing unlike any other car in its class. From the platinum grille with surround, chrome accented exterior mirrors and door handles, and the 20-inch polished aluminum wheels, everything about the 300C Platinum’s exterior screams luxury.

The heated power exterior mirrors automatically tilt downward when the vehicle is put into reverse, for a seamless transition when backing up. Standard LED fog lamps and updated front and rear fascias, finish off the polished exterior design for a look that no other car on the road can claim.

The interior of the 300C Platinum offers drivers and passengers even more luxury, adding a level of comfort and in-vehicle technology unlike any other model option. The premium deep-quilted Nappa leather seating are available in two-tone options, and are accented with power front heated and ventilated seats.

The rear seats will ensure passengers remain comfortable with heated seats, and door panels with storage and cup holder amenities. The entirety of the cabin is wrapped in Poltrona Frau leather with fine accent stitching, completing the plush look are hand-sanded wood accents.

Drivers will remain focused on the road with the practical multifunction steering wheel, completely redesigned for 2015. With two-tone leather wrapping the advanced steering wheel, drivers can easily access Speed Control, Voice Command, the Driver Information Display, and audio controls, all while staying comfortable with integrated heating and paddle shifters. The steering wheel isn’t just a tool to steer the 300C Platinum, it is the entire driving force of the cabin.

The class-exclusive E-Shift technology is incorporated into the TorqueFlite eight-speed automatic transmission, and sits discreetly in the center console for ease-of-access, and a stunning display of luxury.

Performance You Want and Need

The 2015 Chrysler 300 wouldn’t be much of a car if all it did was look handsome and feel comfortable. Chrysler’s award-winning sedan does much more than provide a lush interior and unique eye-catching exterior.

Drivers of the 2015 Chrysler 300 will come to know luxury in a whole new way. Featuring best-in-class highway fuel economy with an EPA-estimated 31 miles per gallon, the standard 3.6-liter Pentastar V6 engine delivers. Unique features such as an class-exclusive eight-speed automatic transmission make the standard engine of the 2015 Chrysler 300 stand out from the crowd.

If simply standing out in a crowd isn’t enough, break free from the crowd with the 5.7-liter HEMI V8 engine with Fuel Saver Technology. Producing best-in-class 363-horsepower and 392 lb.-ft. of torque, this powerful engine delivers the efficiency of a four-cylinder engine.

Drivers can also choose the following unique features for their 2015 Chrysler 300.