The Chevy Malibu has been a long-running favorite nameplate of Chevrolet since it first appeared on the scene back in 1964. While it may have taken a small hiatus from 1983 to 1997, the Chevy Malibu is a strong seller, and a popular choice among mid-size car enthusiasts.

At the end of its eighth generation, the 2015 Chevrolet Malibu surpasses all industry standards for midsize affordable luxury. Named after the seaside city in California, the Malibu has been called a better Camry than the Toyota Camry, earned its stripes with JD Power & Associates, and can fit any lifestyle with its differing trim levels.

One of the most dependable vehicles on the road today, the 2015 Malibu is a force to be reckoned with - just ask the Toyota Camry.

A Better Camry Than the Camry Itself 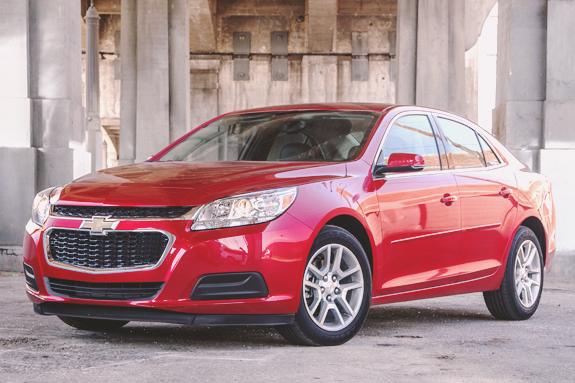 It probably wasn’t good news for Toyota to hear that their bestselling and most recognizable nameplate was taking a second chair to the Malibu back in 2014. Unfortunately for them, that is exactly what happened. AutoBlog recently commented on the 2014 Malibu saying that, “The Malibu pulls off the whole Camry formula better than Toyota itself can right now." If that is how the 2014 model year fared, let’s take a look at how the Malibu is holding up to the Camry for 2015. 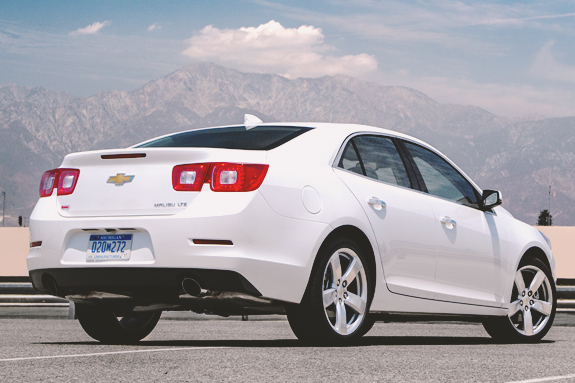 Purchasing a vehicle is no small monetary feat. Instead, it’s quite the opposite. Buying a car that not only gets you from Point A to Point B safely, but can also do so for numerous years, is an important factor to consider.

The Chevy Malibu was named the Most Dependable Midsize Car by JD Power, after the organization conducted in-depth studies into different vehicles within the segment. The Malibu also earned the title of “Highest Ranked Midsize Car in Initial Quality” by JD Power in 2014.

The 2015 Malibu does not stop where comfort and quality end, it far surpasses expectations by gaining dependability on the road for years to come.

The 1LT and 2LT trim levels offer the most value for the cost, allowing for maximum customization in the midsize sedan.

With a starting MSRP of under $26,000, this model of Malibu comes standard with luxury features like factory-installed remote-start system, 8-way power driver seat adjuster, dual-zone automatic climate control, and much more. Available heated front seats, leather-upholstery, and a Pioneer 9-speaker premium audio system, take the style and luxury of the 2LT over the edge.

The base LS model and the premium LTZ trim level offer different levels of the same quality that is expected from the 2015 Chevy Malibu. The LS starts only $1,000 less than the 1LT, and comes standard with only OnStar Directions and Connections Plan for six months.

The amount of upgrades that the 1LT offers far exceeds the $1,000 that is added to the price of the base LS, making it well worth the extra investment. The only features that separate the 2LT and the LTZ are leather-appointed seat trim, and heated front seats. The 1LT and 2LT far surpass the other trim levels when it comes to getting the most for the amount of money spent.

Get Luxury and Performance for Under $30,000 with the LTZ Trim

The 2015 Chevy Malibu is a clear front-runner in many areas, so picking the highest LTZ trim when purchasing the most dependable midsize sedan on the road, only makes sense.

For under $30,000, drivers will experience the very best Chevrolet has to offer in terms of technology, safety, and performance. Equipped with luxuries like a power sunroof and leather upholstered seating, the LTZ outshines all other trim levels in every possible way. The 1LTZ trim level is offered for just $1,000 more than the 2LT, making it a no-brainer for the driver who wants everything at his fingertips.

The 2015 Chevrolet Malibu is sure to impress, and provide a safe dependable ride for years to come.