BMW debuted their first ever Sport Activity Vehicle for the 2000 model year. The X5 was created to provide a high-end luxury crossover vehicle, that appealed to larger families - with room to seat up to seven passengers. The 2000 BMW X5 was the first vehicle to roll off the assembly line in the brand new, Spartanburg, South Carolina facility. The X5 has seen two full generations, and the 2015 model year is rounding out the third.

Despite the fact that the 2015 X5 is not a brand new vehicle for this model year, it still has been given plenty of upgrades, changes, and improvements. Every driver who gets behind the wheel of the 2015 X5 will be impressed with its extreme power and performance, despite its larger size. Families will enjoy that the X5 can accommodate up to seven passengers, and will appreciate the three trim level options to choose from. The 2015 BMW X5 is the largest X vehicle in BMW’s lineup and is a force both on, and off the road.

New Changes and Improvements for 2015

The 2015 BMW X5 is not a completely new model, but it has received a decent amount of improvements for its newest model year. Ranging from price reductions, new standard features, and performance upgrades - the 2015 BMW X5 has just enough to entice drivers to check out the newest model.

The 2015 BMW X5 is the most spacious X vehicle in the BMW lineup. Featuring seating for up to seven passengers, the X5 has enough room for all of those passengers, and whatever they need to bring along for the ride. For drivers who need to use their X5 to haul cargo, they will be pleasantly surprised with just how much they will be able to fit behind the rear seat. 23 cubic feet of cargo space located behind the rear seat, is plenty to store groceries, backpacks, and even luggage. For even more space, the rear seats on the X5 can fold down, for up to 66 cubic feet of cargo space. The split 40/20/40 seats, two cargo rails, four fastening points, and a tensioning strap, help make sure your cargo stays right where you want it to. BMW’s unique two-section liftgate is featured on the 2015 X5, which makes loading and unloading cargo a breeze. 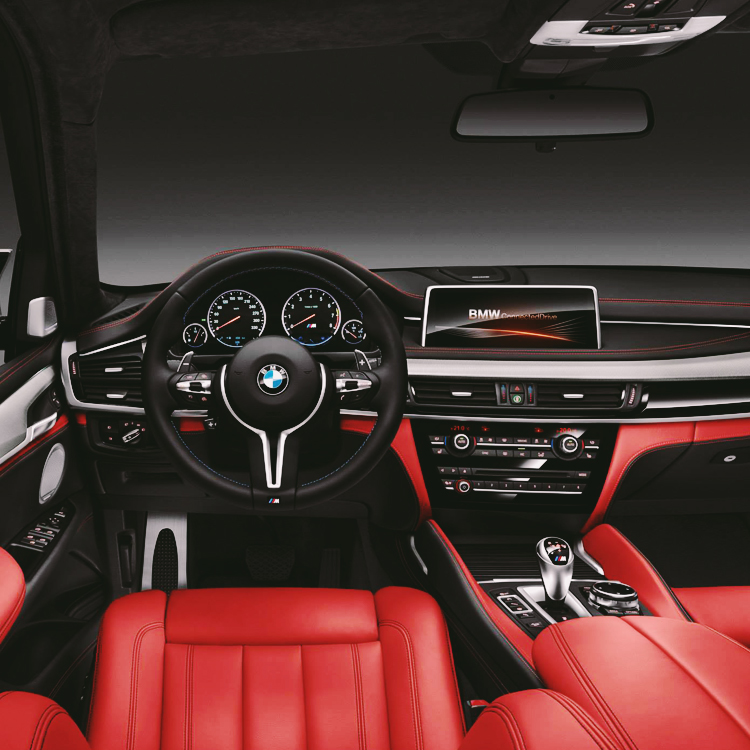 A vehicle as large as the 2015 X5 is typically expected to offer a lower power output. That simply isn’t the case with BMW’s X5. In fact, quite the opposite is true. Drivers can choose from three different engine options: the 35i, 50i, and the Diesel. Each engine is powerful and features advanced technology. Discover some of the highlights of each engine below.

The 2015 BMW X5 is offered in three basic trim levels, each offering a different level of standard features, engines, and amenities. The xDrive35i is the base model, and is offered as either an all-wheel drive or rear-wheel drive system. The base trim starts at $53,900. The xDrive35d is the next model up, and the diesel version of the X5. The xDrive35d starts at $57,700. The xDrive50i is the high-end trim level, starting at $70,700. It features the most powerful engine, and the most standard features, including a panoramic moonroof, power liftgate, and 20-way multi-contour powered front seats.

Regardless of which trim level you choose, each 2015 BMW X5 exudes the high quality standard that the German automaker has built their reputation around.