The BMW X3 is the German automaker’s luxury crossover SUV, manufactured and sold in the United States since 2003. The X3 was designed and tailored toward the driver with a more active lifestyle. With seating for up to five passengers, and ample cargo room, the X3 is the ultimate luxury crossover for long road trips, or a commute to and from the office. The X3 is currently in its second generation, and offers drivers more practical luxury features than ever before.

All new for the 2015 model year, the BMW X3 offers a diesel engine option for the first time ever. Two other engine options remain available, and the X3 is also available in a two-wheel drive model for 2015. For active drivers who want the most out of their X3, can opt for the xDrive35i model - which is loaded with premium performance and amenities. Every 2015 X3 is loaded with advanced safety features, helping to keep you and your passengers safe on and off the road. 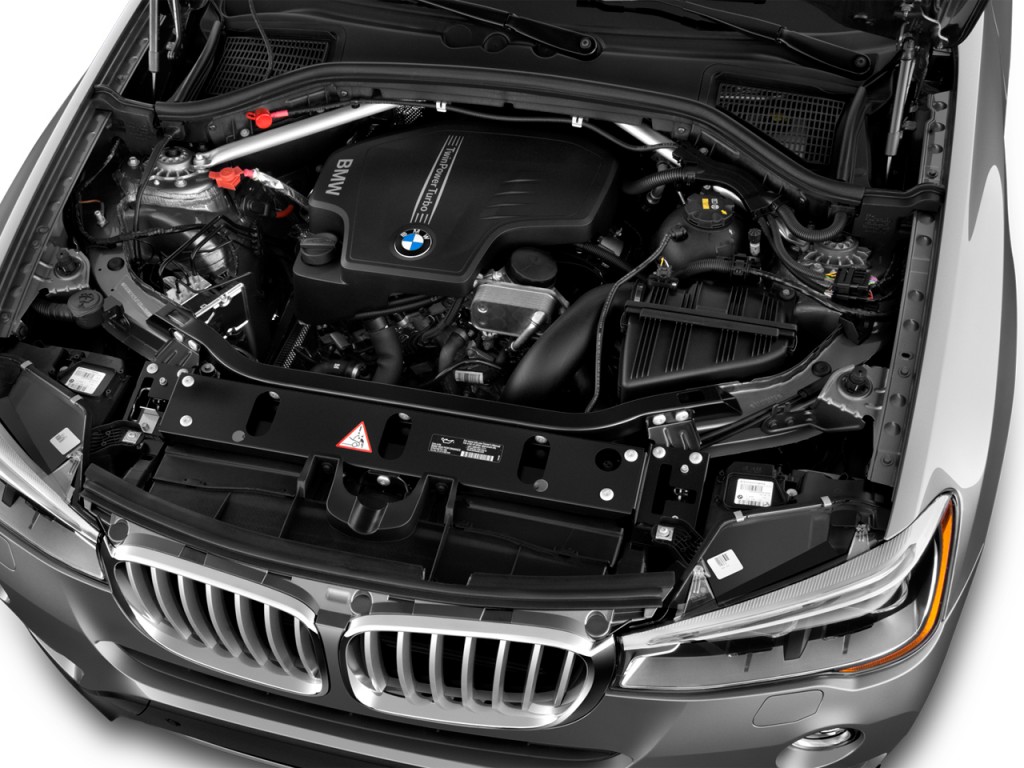 For the first time ever, the BMW X3 is available with an optional diesel engine option. The brand new advanced engine option helps the X3 achieve better fuel economy than ever before, without sacrificing power.

BMW put a lot of work into designing their new diesel engine for the 2015 X3 crossover. The 2.0-liter TwinPower Diesel 4-cylinder engine, packs plenty of power with 180 horsepower and 280 lb.-ft. of torque. This newest engine to the X3 lineup can go from 0 to 60 miles per hour in just under eight seconds, and can do so cleaner, and more efficiently. The 2015 X3 xDrive28d model comes equipped with the new diesel engine standard, and has an EPA-estimated fuel economy of 27 miles per gallon in the city, and 34 miles per gallon on the highway. Compared to other X3 models equipped with a regular gasoline engine, the X3 xDrive28d gets noticeably better gas mileage. The 2015 X3 xDrive28i gets a still-impressive 21 mpg in the city, and 28 mpg on the highway - but still doesn’t come close to the newest diesel engine ratings.

Other engine options for the 2015 BMW X3 include a 4-cylinder TwinPower Turbo 28i engine, that gets 240 horsepower, while generating 260 lb.-ft. of torque. Drivers who want to kick it up a notch, can opt for the 35i engine, which is a 6-cylinder 3.0-liter option, which gets 300 horsepower and matching torque. This advanced engine also features High Precision direct fuel injection, Double-VANOS and Valvetronic variable intake technologies, and a twin-scroll turbocharger.

Whether you choose an engine with max power, or one with the greatest fuel efficiency, every 2015 X3 model is backed by the engineering expertise of BMW, and is sure to perform on every possible level.

Get Premium Performance and Amenities with the X3 xDrive35i

The interior of the 2015 X3 xDrive35i model is as luxurious and well-appointed as the engine is powerful. 8-way power adjustable front seats with memory, Burl Walnut Wood trim complement the Pearl Gloss chrome accents throughout the cabin, and the high-gloss black instrument panel further bring the richness of the interior to life. A standard storage package includes luggage nets, two cargo rails with four fastening points, a reversible cargo mat, and a multipurpose rear hook.

Advanced Safety Keeps You and Your Passengers Safe

The 2015 BMW X3 features a long list of safety features, both active and passive, to help keep you and your passengers safe on the road. With more safety features, drivers can rest easy knowing that their crossover is working to help keep them alert, on course, and able to arrive at their destination safely.

The National Highway Traffic Safety Administration has awarded the 2015 BMW X3 with a 5-Star Overall Safety Rating - meaning that the X3 has earned the highest possible rating from the government agency.

Featuring a long list of standard safety features, the following is a small sampling of those features:

Other advanced safety features available on the 2015 X3 include Surround View and Active Cruise Control with Stop and Go. BMW’s unique Surround View system allows drivers to view their vehicle from a bird's-eye perspective. The image of your surroundings is displayed on the vehicle’s Control Display, making it easier to see approaching traffic, and other potential hazards. Active Cruise Control with Stop and Go allows drivers to maintain a safe distance between their X3 and other vehicles, with the use of radars mounted on the vehicle. If a potential collision is detected, a visual warning will be given, and if the driver does not respond, the Brake Activation function will automatically engage the vehicle’s brakes.

BMW takes the safety of its passengers and their drivers seriously, and it shows in the advanced technology incorporated into the 2015 X3 crossover vehicle.